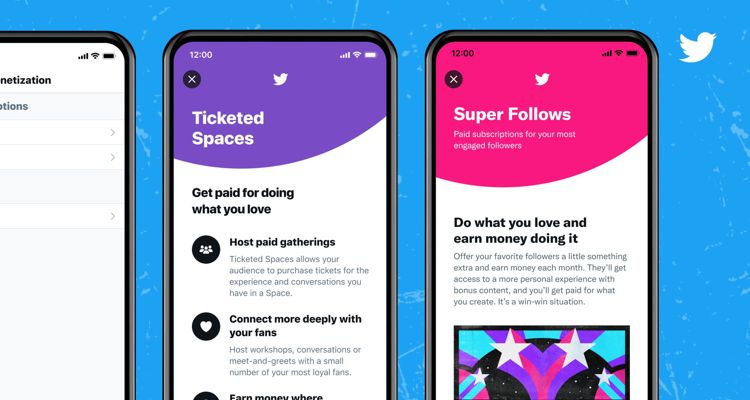 Twitter Ticketed Spaces are rolling out to iOS users for now. Here’s how it works and how it impacts music professionals.

Twitter says it is currently experimenting with ticketed spaces on iOS only. Eventually, the feature will make its way to everyone as Twitter tweaks features. “Know it’s taking us a little more time, but we want to get this right for you,” Twitter’s announcement reads.

Hosts of Twitter Ticketed Spaces can charge between $1 and $999 for their rooms. They can also set a room size cap, so no more tickets can be sold once the cap is reached. Currently, test group participants are keeping 97% of the money they make from their ticketed spaces. (That’s after the 30% fee from Apple/Google, of course. Though that may change in the future – see here.)

Twitter says it will increase its revenue cut to 20% of earnings once creators make $50,000 in revenue. Spaces have become an increasing focus for Twitter in an attempt to become more than just shouting into a digital void.

Music professionals interested in trying out the new ticketed spaces must meet a few requirements. Participants must be 18 years or older, have a verified email, and no history of violating the Twitter ToS. Accounts must also have 1,000 active followers or more and have hosted at least three spaces within the last 30 days. Parody and fan accounts are also not eligible to create ticketed spaces.

Once accepted, the ability to host a ticketed space on Twitter will appear in the app. Navigate to Monetization > Ticketed Spaces to submit an application for access to the new feature.

The concept of ticketed spaces is rather new, so some basic features aren’t in place right now.

Rescheduling of ticketed spaces is not yet available. The only available option if you can’t host a scheduled room is to cancel it. When a ticketed space is canceled, every ticketholder is automatically refunded.

Payouts typically take between three and five days, with a minimum amount of $50 to withdraw. Chargebacks are deducted from the creators’ total payouts. Twitter says it will not charge creators for fees associated with chargebacks, but “this policy is subject to change without notice.”