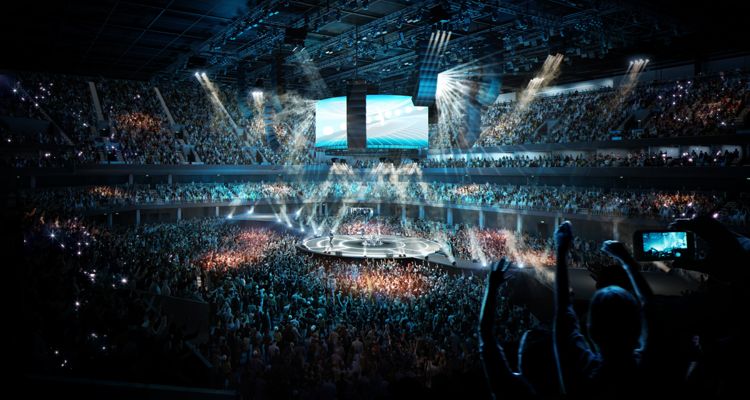 Oak View Group – which Tim Leiweke and Irving Azoff formed in 2015 – just recently unveiled the Spectra merger via a general release. Though this announcement message doesn’t disclose the transaction’s financial specifics, it does note that the deal will see the involved entities “merge to create a leader in the live events industry.”

The combined business “will provide industry-leading expertise in booking and creating content for the venues it manages,” according to the text, while also remaining “committed to sustainability across its business operations by harnessing the power of the entertainment and sports industries to inspire positive change robustly and at scale.”

Philadelphia-based Spectra and Los Angeles-based Oak View expect the agreement to close sometime during 2021’s fourth quarter, with the companies continuing to operate out of their respective headquarters even after the deal wraps. For reference, OVG Facilities, a division of the overarching Oak View Group, “runs about 15 venues” and “has a presence in 40 buildings,” according to VenuesNow, a subsidiary of OVG.

Addressing the transaction in statements, both OVG CEO Tim Leiweke and Spectra CEO Dave Scott emphasized the advantages that Spectra’s experience in food and beverage, in coordination with Oak View’s presence on the business and operational side, will afford the post-merger company.

“OVG’s core competencies in arena development and corporate sponsorships, coupled with Spectra’s leadership in food and beverage services will create a full-service live events company that will deliver a compelling and highly competitive set of offerings that meet our clients’ evolving needs,” Leiweke said in part.

“This merger accelerates our existing strategy and will lead to significant opportunities to cross-sell food, beverage and sponsorship services across our combined client base. I look forward to working with Tim, Irving and the OVG team to enhance the future of live events for our valued clients,” Scott relayed in part.

Pollstar’s own report on the merger (the publication also belongs to OVG) doesn’t appear to feature details besides those in the official release, and it’s unclear whether the combined company will operate as Oak View Group, Spectra (which boasts “330 top-tier clients across North America and the globe”), or a different title altogether. On this front, Leiweke informed VenuesNow that “if it [the merger] is approved, then we’ll start making decisions about what is the best name to use for the company.”

More broadly, the Oak View-Spectra union is the latest in a recent series of deals that appear to reflect industry professionals’ long-term confidence in the live-entertainment sector, notwithstanding the ongoing (gradual) return of concerts and music festivals.

To be sure, CTS Eventim earlier this month revealed plans to build a $212 million arena in Milan, Italy, while Live Nation is preparing to open The Terminal in Houston in November, in addition to partnering with Drake to debut a venue called History in the rapper’s native Toronto “later this year.”