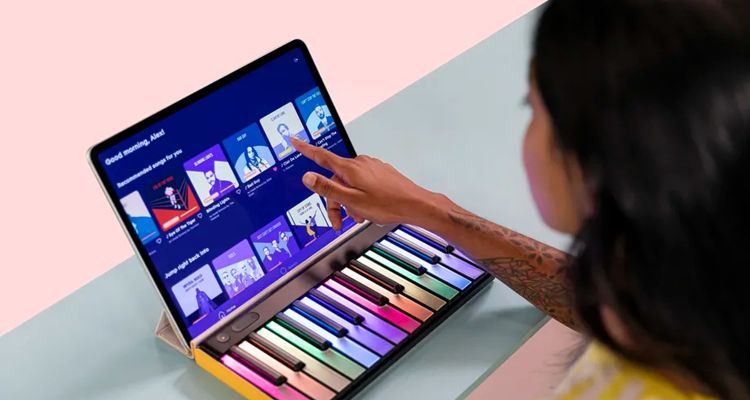 UK music tech startup Roli has filed for bankruptcy and will reform.

The company says its niche target market and the coronavirus pandemic forced a reset. Both Pharrell and Grimes backed the British music startup. some Roli products will live on through Luminary, which is rising from the ashes of the Roli bankruptcy.

Roli’s 70 employees will shift to the new business, which closed $6.85 million in initial funding from Hoxton Ventures. Roli raised $75.7 million from individuals and institutional investors, some of who will lose their money as a result of the bankruptcy. Roli was founded in 2009 by Lamb and set out to invent new musical instruments.

The company started with the Seaboard, released in 2016 and described as a piano for an alien spaceship. The startup then released BLocks, a modular system for plugging different Roli components together. In 2019, it launched Lumi Keys, described as ‘Guitar Hero’ for teaching beginners piano.

“Ultimately what happened was the pro-focused products we initially developed, although successful within their marketplace, the marketplace wasn’t big enough given our venture trajectory,” Lamb told Business Insider. “We had our eyes set on hypergrowth, and that proved to be difficult.”

In Roli’s financial filings, the company reported pre-tax losses of £34.1 million ($47 million) on revenues of £11.4 million ($16 million). High costs were attributed to staff salaries, senior hires, and the manufacturing of the hardware. Hardware accounted for 82% of Roli’s revenue over the 18-month period ending June 30, 2019. The filings show the firm sold off two software-oriented parts of its business in 2020.

“Quite a lot of venture money was flowing into hardware startups, but around 2016 that market dynamic really changed,” Lamb continues. “It became clear that the model that would succeed was more of a subscription/services-based model where hardware was an important component.”

Lamb says he hopes Luminary can rise from the ashes to become the ‘Peloton for piano’ focusing on helping beginners read and play music through the Lumi keyboard and the accompanying app.