Bonnaroo Announces Indoor Show in Nashville – Here’s the Line Up 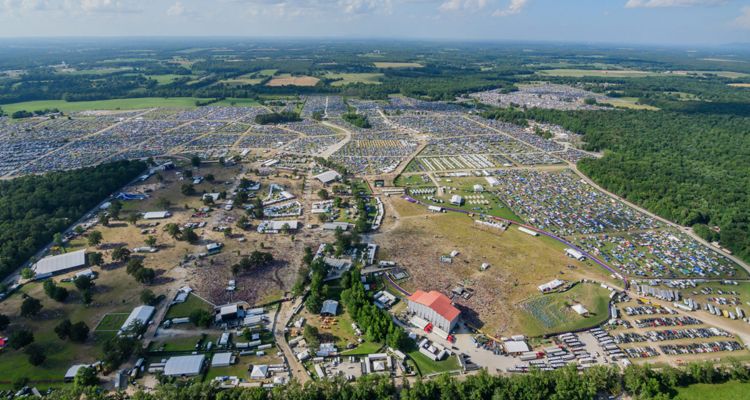 Bonnaroo 2021 is canceled, but festival organizers have announced an indoor show in Nashville.

This year’s event was canceled due to waterlogged campgrounds as the remnants of Hurricane Ida swept through Tennessee. The indoor make-up concert will feature Phoebe Bridgers, Brittany Howard, and Sylvan Esso. It takes place on Saturday, September 4 at the Ascend Amphitheater in Nashville. Attendees will be required to show proof of vaccination or a negative COVID-19 test to attend.

“Hey Bonnaroovians. If you’re still around and looking for a bit of Bonnaroo magic, then come join us this Saturday night!” organizers wrote on Twitter. Tickets for the show went on sale this afternoon.

Phoebe Bridgers was added to the Bonnaroo roster just this year, while Brittany Howard and Sylvan Esso were part of the original 2020 lineup. Esso is set to present WITH, a full band re-imagining of some of their favorite songs. Tickets start at $39.50 for general admission.

As of the time of writing, there are still some seats available in the nosebleed section. Most tickets to the event have been sold out after just one day of availability. Several stars shared their disappointment with the decision to cancel the show.

“Honored to be your first female headliner, Bonnaroo,” Lizzo wrote on Instagram. “Take care of yourselves, everyone who is in the path of the storm. Safety first.” Jason Isbell tweeted, “I’m sorry y’all had to make this choice but I believe it was the right one. I was really REALLY looking forward to it, but ya gotta be safe and smart. Love to everybody on the crew with a broken heart today.”

It’s no surprise that pop dup Sylvan Esso are appearing at the Bonnaroo indoor Nashville show.

“Anybody gotta good outdoor venue in Tennessee for this sick ass band? Bonnaroo got cancelled, but we are still practicing anyway cuz music is joy,” the duo tweeted.