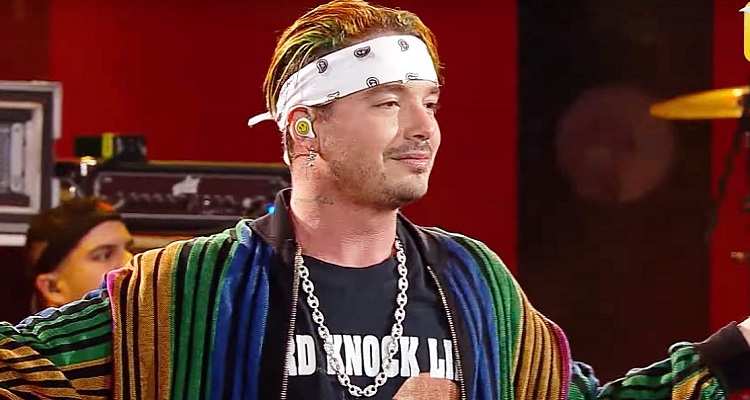 J Balvin and his team just recently unveiled the TikTok Live-exclusive performance, which is slated to take place next Sunday, September 12th, “at 5 PM Mexico and Colombia time” (3 PM PST in the U.S.). The aforementioned José, for its part, is scheduled to become available to fans on Friday, September 10th, and the effort will mark the Universal Music Group-signed artist’s fourth album (including a 2019 collaboration, entitled Oasis, with Bad Bunny) since 2018.

The hour-long TikTok Live performance from J Balvin – who last year debuted a new track during Fortnite’s Halloween event – “will include some of his classic songs as well as new singles of his awaited album,” which, the release announcing the remote happening also indicates, is “Balvin’s most personal project to date.”

From there, the concise message emphasizes that J Balvin “is the most followed Latin artist on TikTok,” while the singer himself touted the controversial platform in a statement. As a noteworthy aside, J Balvin continues to pull down a substantial number of Spotify streams, and the artist who currently boasts the most monthly Spotify plays, Justin Bieber, broke TikTok’s all-time livestreaming record back in February.

“I love TikTok and seeing all of the incredible things my fans do with my music as a soundtrack,” said the three-time Grammy nominee J Balvin. “It feels spontaneous and interactive in a way I have never felt with my fans for a long time. It inspires me when I open TikTok to see what they are doing, and it entices me to find new ways to present my music to continue keeping things fresh!”

Apple Music scored an exclusive livestream of Kanye West’s recently released Donda, for example. And YouTube this week, in announcing that Premium and Music had surpassed a combined total of 50 million subscribers, specified that it will offer “many” more events like the “afterparty” that Tim McGraw hosted for the release of his “7500 OBO” music video.