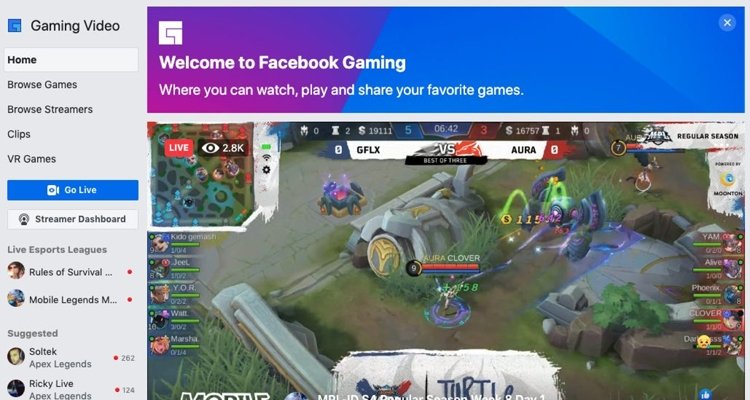 The service partnered with Universal Music Group, Sony Music Entertainment, and Warner to create a huge library of copyright-free background music on Facebook Gaming. That library was previously only available to those with Partner status.

But now Facebook is opening it to streamers on the Level Up tier – equivalent to a Twitch affiliate. That brings more than 100,000 creators access to new background music during streams. It comes at a crucial time when creators are leaving Twitch for alternatives like YouTube and Facebook Gaming.

“We’ve been testing since last September, and it’s compliant with what the music industry wants,” Facebook Director of Global Gaming Partnerships Renato Olivalves told Gamesbeat. “It is empowering communities to stream live content and use the music as an essential part of the live engagement with the community.”

Content creators who rely on live streaming games and other content are dealing with a minefield of issues. Copyright strikes can come in waves of thousands, resulting in lost revenue and a potential ban from the platform.

Twitch created the ‘Soundtrack by Twitch‘ tool to give creators access to copyright-free music to play during their streams. But many music industry organizations accused Twitch of deflecting instead of tackling its music infringement issues head-on.

Twitch is also facing pressure from its content creators to do more for them. Some creators feel Twitch makes it easy for organized harassment campaigns against marginalized communities. That led to the #ADayOffTwitch strike, which happened on September 1.

On the day of the strike, concurrent Twitch viewership peaked at 3.4 million. That’s around 400,000 fewer viewers than the same day the previous week. It was Twitch’s second-worst day in a month. The overall number of streamers was also lower, with just 119,000 content creators that day.