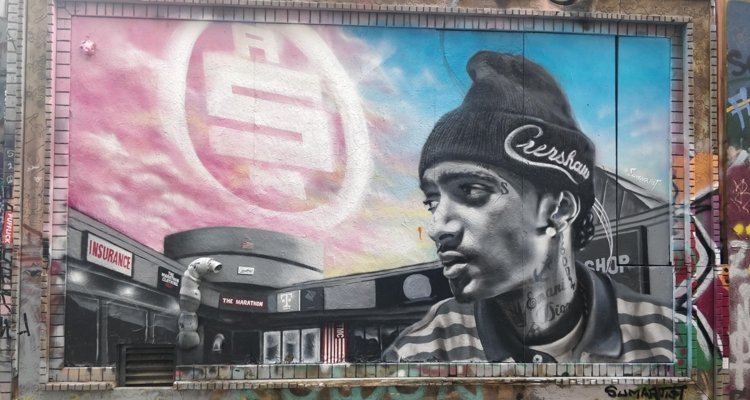 Estate administrator and Nipsey’s brother Samiel Asghedom is suing websites selling Marathon-related clothing without permission. Most of the sellers appear to be based in China, but they’re using the ‘Crenshaw’ logo and ‘South Central State of Mind.’

The lawsuit was filed in Illinois federal court by the Nipsey Hussle estate. The estate says sales are targeted to residents in that state. The estate is seeking to force sites to hand over their domain registrations and all profits from merch sales, or $2 million per infraction.

The Nipsey Hussle estate also sued Crips LLC in October 2020 after the gang’s corporate arm filed a trademark for “The Maraton Continues.” The estate reached a settlement agreement over the slogan in March.

In June, the murder trial of Nipsey Hussle was pushed back to December. That’s after the man accused of killing the rapper, Eric Holder, received a new lawyer.

“A lot of the work was done by my predecessor,” deputy public defender Aaron Jansen told the press. “Hopefully by the end of the year, maybe early December, we can go to trial. He does have a significant mental health history. One of the things affecting him [in March 2019] was that his mother had just passed away. He was pretty despondent. The trial has already been postponed for several reasons.

Holder refused to leave his cell at one point, then the COVID-19 pandemic hit. A previously assigned judge retired, and Holder’s previous legal representation stepped down – citing threats to his family.

Following the death of Nipsey Hussle, several murals celebrating the rapper’s life went up around Los Angeles. But some of the murals were vandalized shortly after going up. Police arrested suspects in connection with the mural vandalization.