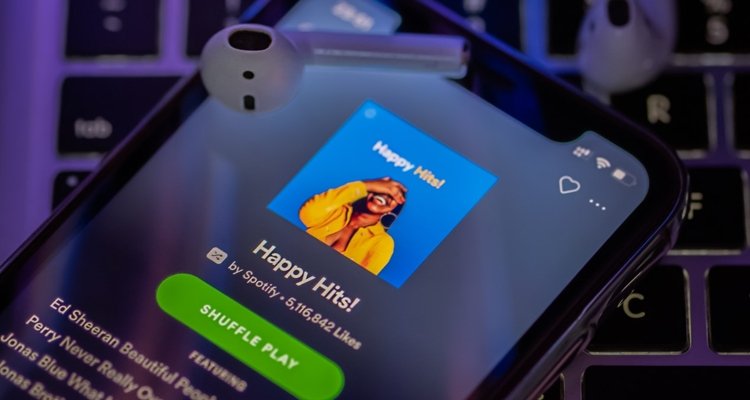 As soon as a report is received, the playlist’s metadata is removed immediately. That includes the title, description, and any custom playlist image. No internal review process stops the metadata removal from happening once a single report is received.

“This is often abused to hurt record labels and playlist curators,” the complaint on the Spotify Community site reads. “After contacting support – the account of someone who abused this system gets taken down. This person then creates another email and free Spotify account and repeats the process.”

Apparently, there is no limit to the number of reports that can get a playlist’s metadata removed. Some curators say their playlists are being reported multiple times a day. Spotify has done very little to combat this type of malicious manipulation of its reporting system.

One Spotify playlist curator shares their playlist was reported over 2,000 times. They are getting so many reports that a bot is set up to report the playlist on the hour. Curators can only reply to report emails to appeal the takedown – but those emails don’t always receive a response.

Spotify can and does suspend accounts, but bad faith actors just create new ones. One of the solutions proposed by the community is limiting the accounts that can report playlists.

“Enable the reporting feature only after ten hours of music/podcasts were streamed using the account. It won’t change the experience for a normal user but makes copyright abuse impractical. It’s cheap and easy to implement, and it would stop 95% of false claims,” the community suggestion reads.

Spotify says it is aware of the issue facing playlist curators. But the company isn’t saying whether it will implement a solution.

“Your suggestion has gathered the votes necessary, and your feedback is not reaching the internal teams at Spotify. They’re aware of the vote count and popularity of this idea. We’ll continue to monitor and check out the comments here, too,” a Spotify Community spokesperson responds.

For now – those dealing with playlist trolls must repeatedly appeal removals. It’s a hassle for anyone trying to curate music on Spotify as a platform.