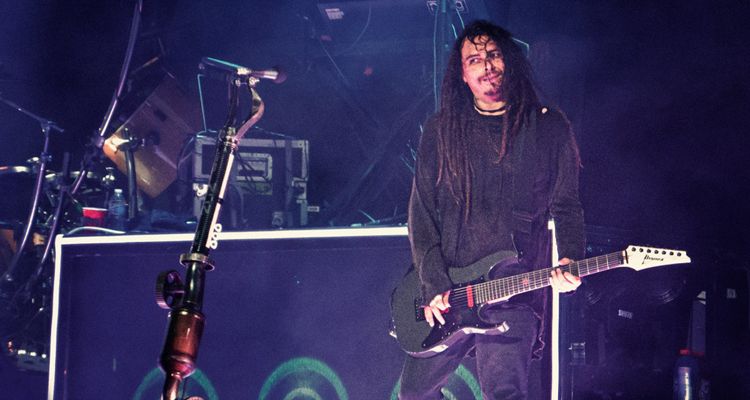 Korn has announced the second case of COVID this year – but the tour goes on.

Guitarist Munky will be sitting out the next few shows after testing positive. “Unfortunately, Munky has tested positive for COVID. He is doing okay, but he will not be playing some of our upcoming shows,” the band’s announcement on social media reads. “The tour is going on as scheduled despite these circumstances, and we are anticipating a speedy recovery. We’ll see you tonight, Utah.”

Munky is the second member of Korn to test positive for COVID, after singer Jonathan Davis. The group rescheduled several tour dates and canceled two when Davis tested positive. He has since returned to the stage, but he has been open about the complications he’s suffered – including needing supplemental oxygen to get through shows.

“Jonathan Davis is still struggling with COVID after effects,” Head says. “He’s physically weak and having a mental battle. And any type of love, light, and energy you can throw at him – prayers, all of it. We have shows coming up, so all of you guys check the dates. Whatever show you’re going to, throw him some love and energy, man. He needs you more than ever.”

At one of Korn’s recent tour dates, Davis said he was feeling terrible but refused to cancel. “I’m fuckin’ feeling very weak, but I fuckin’ refuse to fuckin’ cancel. I had to come out here and do this shit for you,” Davis told an Illinois crowd during a show. Korn has not shared who will be filling in for Munky during his quarantine.

The Korn tour is currently scheduled through October 3. Several musicians have announced positive COVID tests over the past month. That includes Corey Taylor of Slipknot, Bruce Dickinson of Iron Maiden, Sean Killian of Vio-Lence, and several members of Lynryd Skynyrd.

The rash of positive COVID tests among touring musicians and their staff is staggering. Venues in some states are refusing to follow mask mandates or require proof of vaccination. That has led to cancellations and pullouts. Comedian Patton Oswalt announced he is canceling shows in Florida and Utah because venues refused to comply with COVID safety requests.