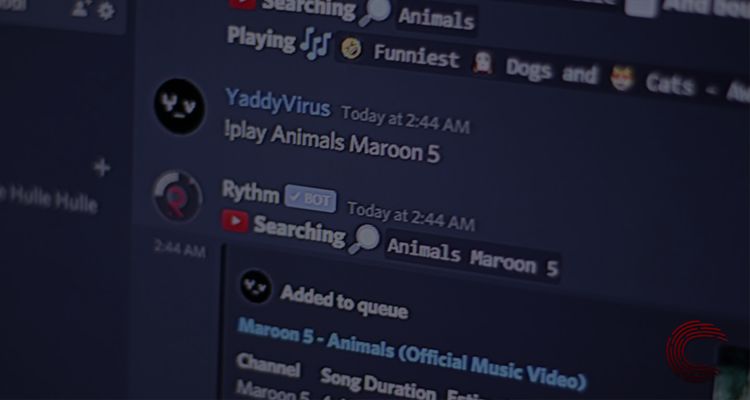 Discord music bot Rythm is shutting down after YouTube issued a cease and desist.

Developers of the most popular bot for streaming music on Discord made the announcement over the weekend. It has been used by more than 560 million people on the Discord platform. Google asked Rythm developers to comply with a shutdown within seven days – which means Rythm will shut down on September 15.

Rythm is currently installed on more than 20 million Discord servers. 30 million users actively use the music bot to play music each month. Discord has around 150 million monthly active users, so that’s a significant percentage for 20% of its user base.

Yoav says it took more than 16 servers, 4 TB of RAM, and 1,000 CPU cores to power the Discord music bot. “I believe that now that we received the letter, all music bots will be getting them too in the following weeks and I strongly believe all of them will shut down,” Yoav told The Verge in a statement.

“As someone that was a very early user on Discord, it’s hard to envision Discord without music bots. They’ve become key to the experience and bring so much fun and engagement to a community. It’s a sad end of an era here for everyone on the platform.”

Discord music bots are an integral part of the platform. That’s why it’s likely that YouTube is working on something official with Discord to replace the Rythm shut down.

Discord has been testing a social party feature for the chat platform for months. It allows users to form a YouTube watch party and enjoy the same video together. While that’s not a replacement for music bots – it is an official way to watch YouTube content as a Discord channel.

Discord has declined to comment on the removal of music bots from its service. Third-party bots are always at the subject of the APIs they use. Google felt as though the Discord music bots were violating its ToS – which means the developers have to stop or face a lawsuit.