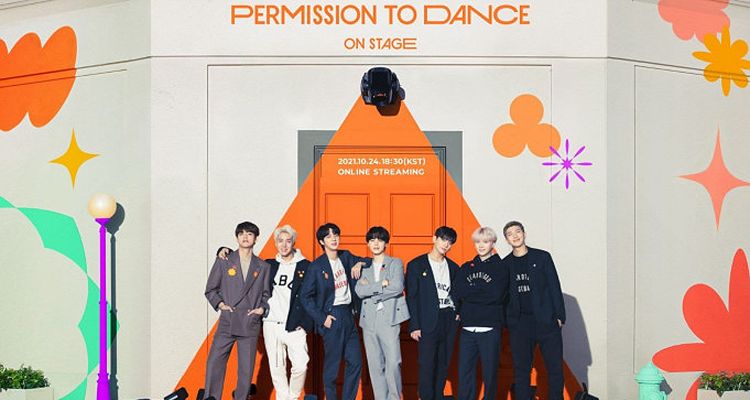 BTS has teased a new virtual concert happening in October that is exclusive to Weverse.

The ‘Permission to Dance On Stage’ virtual concert will stream on October 24. It will be exclusive to Weverse, the social media platform operated by BTS management firm Hybe Entertainment. So far, that’s all we know about the upcoming virtual event.

The ‘Permission to Dance on Stage’ show marks the first concert since BS Map of the Soul ON:E. That show included augmented reality, technology that enabled BTS to interact with fans through the ‘ARMY on Air’ fan event. The band postponed its ‘Map of the Soul Tour,’ which would have started April 2020.

Many fans were upset about the cancellation of that BTS tour, so the band has turned to virtual promotion to connect with its legion of fans across the globe. BTS was named Time Magazine’s Entertainer of the Year in 2020. It’s looking like the yearly BTS virtual concert may become an annual thing. Last year’s concert attracted more than 990,000 fans across the two-day event.

It will be interesting to see if BTS’ numbers for its 2021 virtual concert are higher. “Wherever you are, that’s where our stage will be! Join in and dance together. We don’t need permission to dance,” the BTS concert announcement posted on social media reads.

BTS officially canceled its ‘Map of the Soul’ physical tour just a month ago. “Our company has worked hard to resume preparations for the BTS Map of the Soul tour, knowing that all fans have been waiting eagerly and long for the tour,” Big Hit said in a statement to fans.

“However, due to changing circumstances beyond our control, it has become difficult to resume performances at the same scale and timeline as previously planned. Therefore, we must announce the cancellation of the BTS Map of the Soul tour,” the announcement read.

COVID cases are on the rise in South Korea and much of the world. The country has so far managed to avoid major outbreaks due to strict testing and contact tracing. But South Korea’s fourth wave has seen continuous spikes in part due to vaccine shortages. Seoul is under Level 4 social distancing rules, which prohibits gatherings of more than two people after 6 pm.