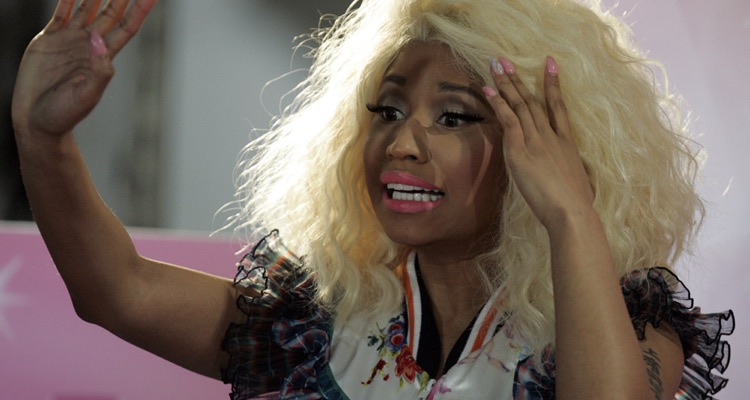 The 38-year-old rapper’s representation pivot came to light in a report from Variety, but at the time of this piece’s writing, Nicki Minaj herself hadn’t commented publicly on the matter. Nevertheless, the Trinidad and Tobago native reportedly exited Full Stop Management sometime earlier this year, having put to rest her much-publicized qualms with Irving Azoff and joined the Full Stop roster in summer of 2019. (April of 2019 saw Minaj abruptly cut ties with her previous management team.)

Additionally, the “Anaconda” artist and songwriter is reportedly negotiating a possible agreement with Wassim Slaiby’s SALXCO, which counts as clients Doja Cat, Swedish House Mafia, French Montana, The Weeknd, Rowdy Rebel, and Paul Anka, to name some. Slaiby – who has proven “instrumental” as Arabic streaming giant Anghami’s international head of partnerships – doesn’t look to have addressed the subject on social media or through SALXCO’s website.

Similarly, Irving Azoff – whose Oak View Group merged with Spectra about two weeks back – hasn’t yet commented on the circumstances surrounding Nicki Minaj’s departure from Full Stop. The 73-year-old music industry veteran Azoff nonchalantly described Travis Scott as “unmanageable” following the conclusion of their professional relationship last year, though. Plus, Full Stop’s split with Minaj entered the media spotlight soon after the 10-time Grammy nominee’s husband pled guilty to charges stemming from his failure to register as a sex offender.

2021’s first nine and a half months have brought several other management shakeups in the music industry, with Britney Spears’ manager having called it quits after a quarter of a century.

Marilyn Manson’s own longtime manager dropped the shock rocker as a client in February, as the 52-year-old artist faced abuse allegations from women including Evan Rachel Wood, his ex-fiancé. Most notably, however, Chance the Rapper in late February countersued Pat Corcoran for over $1 million, about two months after Corcoran submitted a $3 million complaint against Chance.

In brief, Corcoran alleged that his former client had failed to pay the agreed upon share of earnings from music, touring, and merchandise over the course of their eight-year-long partnership. And Chance the Rapper in his countersuit accused the counter-defendant of committing “shocking violations of his position of trust,” such as allegedly “diverting business opportunities to his separate companies.”