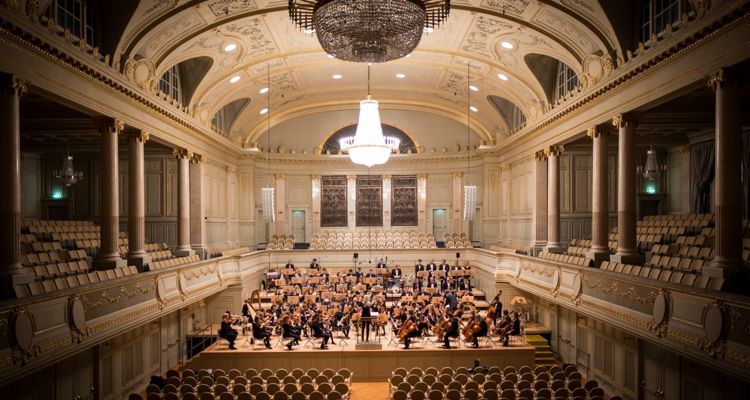 The English Touring Opera company has dropped half of its musicians in the name of diversity.

A report suggests at least 14 musicians have been told they will not be booked for the 2022 ETO tour. Many of those musicians were long-standing members of the ETO orchestra. The ETO says it is prioritizing “increased diversity in the orchestra” that is in line with “firm guidance of the Arts Council.”

The Musicians Union released a statement condemning the decision by the ETO.

“The Union is appalled to hear that a number of members have been sent a letter by ETO stating they will not be booked for the 2022 tour,” the MU statement reads. “This equates to almost half the orchestra losing their roles. Many of these members have been performing with ETO for twenty years or more and even those who have been with ETO for fewer years, have been loyal to the company season after season.”

“While the MU lauds efforts to increase diversity in the workplace, the Union is adamant this should be achieved fairly and legitimately, not by ‘sacking’ half an orchestra,” the statement continues. “It comes at an especially devastating time for the freelance community, and musicians in general, with so many struggling with little work and income during the COVID-19 crisis.”

The English Touring Opera hires its musicians on a freelance basis – so they can be dropped from season to season. Many of those musicians who received a letter have played with the ETO for years, however.

The Arts Council has responded to the controversy by saying they did not advise the opera company to fire half of its musicians to increase diversity in classical music.

“We did not instruct the English Touring Opera to send this letter,” The Arts Council said in a statement. “We are no in a conversation with ETO to ensure no funding criteria have been breached.”

ETO is hiring a new round of 12 artists for the spring 2022 tour. “Following a recent round of auditions, we are looking forward to welcoming 12 new artists to our freelance orchestra. We hope that you will welcome these musicians to your towns and cities, and enjoy the musical qualities they will bring to this production,” the ETO says in a statement.

The English Touring Opera thanked its long-serving musicians it just fired in the middle of a pandemic. “We want to thank them for the seasons they have toured with the company and for the collective contributions they have made to ETO’s success over the years,” the statement reads.