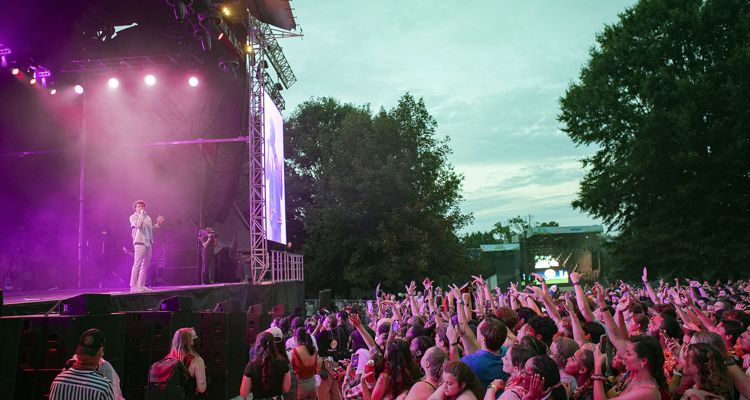 Organizers estimate around 50,000 people would attend this year’s festival. The event featured four stages and nearly 20 hours of performances across the weekend. Music Midtown 2021 was a comeback festival since last year was canceled due to the pandemic.

Festival organizers took many precautions to ensure the safety of attendees, staff, and performers. The festival required proof of vaccination or a negative COVID-19 test for entry. “Honestly, in my opinion, I’m more comfortable with that,” one fan told WSB-TV about the vaccine requirements. The requirements were vastly similar to those for Lollapalooza, held just a few weeks earlier.

The city of Atlanta partnered with Music Midtown to offer a vaccination event over the Labor Day weekend. Anyone who got the shot that day received free passes to the festival, encouraging high vaccination rates.

Megan Thee Stallion was one of the headliners of the festivals. She wore a bright red bodysuit and took to the stage a little late, performing “Realer” as her opener. Crowd members enthusiastically danced and rapped along with her to hits like “Hot Girl Summer,” “Freak Nasty,” “Body,” and “Savage.” Megan made no reference to the pandemic during her set.

The festival closed out on Sunday with a final performance from Marshmello. The 29-year-old DJ performed a number of his hits including “Silence,” and “Happier,” as well as songs he remixed from other DJs and artists.

She performed for an hour and a half, touching on recent hits and those back to her Hannah Montana era. She also spoke about the pandemic’s effect on the country, especially in relation to live music and concerts.

“This is what it’s really about – it’s about standing next to somebody and this appreciation for music being greater than any divide than any separation between the two of you before,” Cyrus told the crowd.