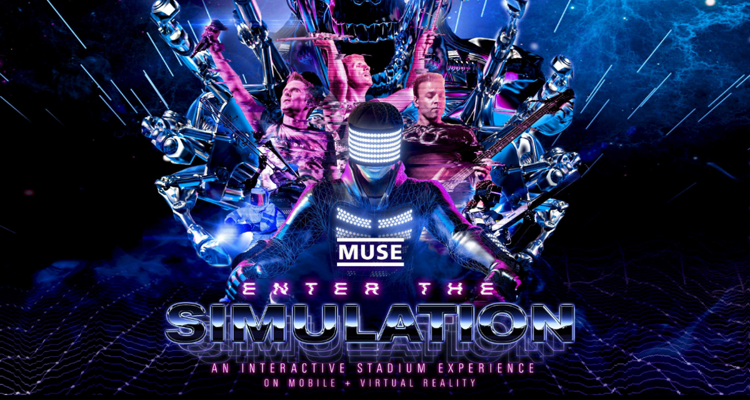 Stageverse is powering a new Muse VR concert experience for fans to relive their 2019 tour.

Stageverse is a creator of 3D virtual venues and interactive experiences. The open beta for ‘Muse: Enter the Simulation began this week in the Stageverse app – available on iOS, Android, and Oculus.

The Muse VR concert experience is a re-creation of the band’s July 2019 concert at Wanda Stadium in Madrid. Users attend the concert in avatar form, immersed in a 360-degree view of the concert, with 16 viewpoints available. Other features like backstage access are also available. Avatars waer outfits from Muse and the luxury fashion house Balmain Paris.

“Simulation Theory has always been about creating experiences that re-define the human role in programming and technology,” says Muse frontman Matt Bellamy. “We can’t wait for our fans to be able to truly immerse themselves in our Simulation Theory world and take full advantage of everything that the Stageverse experience will offer.”

Stageverse was founded in 2017 by CEO Tim Ricker and COO Claire Siedler. The company focuses on creating places where “your digital identity and culture can live and thrive.” Ricker says he believes the NFT economy and marketplace will be the next announced venture for the company.

Stageverse has raised $7.5 million in funding to date from investors including Alan Breed, Matt Virtue, Tom Murphy, Bill Harrison, and others. Balmain creative director Olivier Rousteing says designing for virtual worlds is the next frontier.

“Working with Muse and Stageverse is helping us break down boundaries while also continuing this house’s long association with great performances and talented musicians,” Rousteing says. Stageverse’s debut also includes the opening of Center Stage, a “multi-leveled gallery, hub, and meeting space” for virtual fans to interact with music and art. The opening of that interactive exhibition will come later in October.

“We have seen the metaverse get a lot of attention recently, and Stageverse will undoubtedly be a huge player in the space,” says investor Alan Breed, President of Edgewood Capital. “They have a best-in-class team and product which will lead to fundamentally changing the way people live their digital lives and invest in their digital identities.”