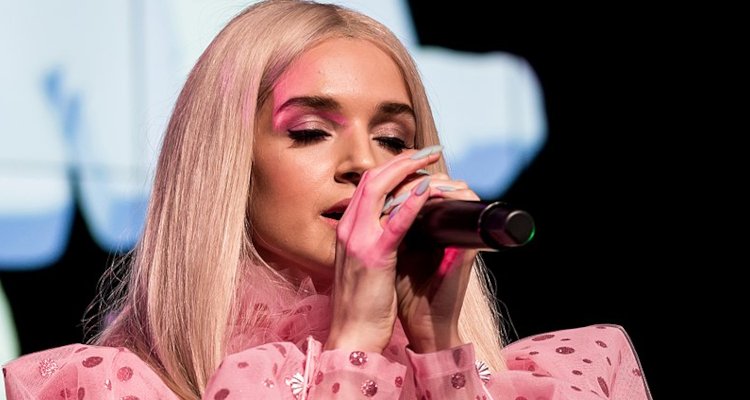 One year after singer-songwriter Ava Max hosted a Roblox launch party for her debut studio album, the popular virtual platform has officially rolled out “listening parties,” which higher-ups are touting as “a new way to release music.”

Roblox (NYSE: RBLX) unveiled its “Listening Party” feature via a formal release today, noting early on that this “latest innovation” will afford artists and labels “a unique and creative way to engage and attract millions of fans and unlock new commercial opportunities in the metaverse.”

26-year-old creator and YouTuber Poppy is set to host the first Roblox Listening Party, to promote her newly released fourth studio album, Flux. The happening is the result of a partnership between Warner Music-backed Roblox and 15-year-old Sumerian Records, and Poppy’s “music will be integrated throughout popular experiences” in the Roblox universe, according to the involved parties.

This integration will specifically enable fans “to rock out to Flux” in Roblox modes including Overlook Bay, RoBeats, Robloxian High School, Creatures of Sonaria, and Dragon Adventures. Similarly, the nine-track effort is expected to play in a number of other Roblox areas yet, which, along with those listed above, “boast over three billion lifetime visits.” (Roblox has released a schedule outlining Poppy’s involvement, which appears to encompass one hour of on-platform appearances per day between today and Sunday.)

Roblox VP and global head of music Jon Vlassopulos in a statement touted the advantages of bringing promotional experiences to a familiar digital environment where players are already spending time, as opposed to spearheading marketing initiatives on emerging platforms.

“It has been such a pleasure working with Poppy and Sumerian Records to launch our first ever Listening Party,” he said. “Music is such a natural part of the way we express ourselves, entertain ourselves, and find connections with other people, and we want to keep finding new ways to make music more of an integral part of the Roblox experience. Allowing Poppy’s fans to enjoy her new album Flux where they are already spending time with their friends seemed like a no brainer, and our developers have jumped at the opportunity to participate!”

For reference, Roblox in its Q2 2021 earnings analysis (covering the three months ending on June 30th) reported a 127 percent year-over-year revenue hike, at $454.10 million, as well as 29 percent YoY growth for average daily active users (43.2 million) and a 13 percent YoY boost for “hours engaged,” which totaled a staggering 9.7 billion.

Additionally, Poppy (who is scheduled to begin a real-world tour in support of Flux next week) is preparing to “join fans in each immersive experience, competing and creating alongside them while answering questions about the album.” Roblox users will also have the chance to obtain “two exclusive free virtual merchandise” options.

Worth mentioning is that Travis Scott took home a reported $20 million check from his Fortnite concert, and the lion’s share of the massive total reportedly derived from digital-merch sales. Roblox has likewise established a presence in the virtual-concert space, with Lil Nas X having headlined the first such event last November. More recently, WMG-signed Twenty One Pilots one week ago hosted “a pioneering interactive virtual concert” in the Roblox world.

Warner Music participated in Roblox’s pre-IPO funding round, as mentioned, and Sony Music (which counts Lil Nas X as one of its bestselling artists) inked a “strategic partnership” with Roblox over the summer. But Universal Music Group, which reupped with Triller following a months-long impasse, is a plaintiff (specifically via Universal Music Publishing Group) in a major copyright infringement lawsuit against Roblox.