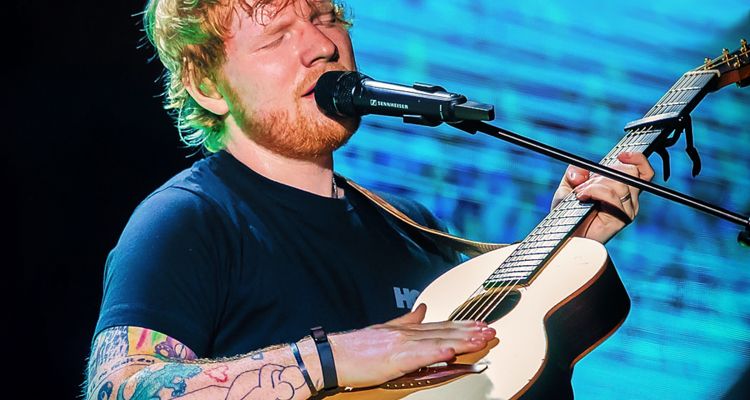 Ed Sheeran is returning to France for a concert next year – with a new ticketing experience based on blockchain technology.

The megastar is testing blockchain tech as a way to fight scalpers. The Ed Sheeran concert at Stade de France is happening on July 29, 2022. But tickets for the event are available now. However, there are some special notes about the ticket purchasing process for this concert.

“For this concert, in order to make ticketing secure, the tickets purchased will only be available as the concert approaches via a mobile app you will be invited to download on your smartphone,” the concert page reads. All attendees to the concert will need a smartphone for entry.

That’s because the digital ticket will be sent to original purchasers via an app. “When you make your purchase, you will need to enter your phone number. This number is important because it will allow you to verify your identity when your tickets are made available on the mobile app,” the site continues. You will also need to provide an identity document (driving license, passport, national ID card) with the ticket.

75,000 tickets are on sale to fill the Stade de France, from 40 to 80 euros per ticket. This kind of ticketing is already underway in much of the sports world, but it marks a first for the entertainment world. What’s interesting is how the ticketing process works. The ticket itself generates a dynamic QR code that changes ever so often. It cannot be screenshot or sold to another party since the QR code must match up at the time of admission.

Resell of these tickets is handled through the customer’s Stade de France account if they cannot attend. One of the official terms and conditions you agree to when buying tickets is that you will not resell the tickets for a profit. Ticket scalpers have been particularly egregious targeting megastars like Ed Sheeran, Adele, and Taylor Swift.

Two scalpers landed themselves in prison after scalping tickets worth over £10.8 million. They traded scalped tickets via sites like Ticket Wiz and BZZ using bot software and made-up identities to hide their ticket scalping cartel.

Court documents reveal the scalper duo bought up over 750 Ed Sheeran tickets to scalp on the secondary market. The whole investigation kicked off as Ed Sheeran himself grew frustrated with the scalping of his tickets and fan complaints.