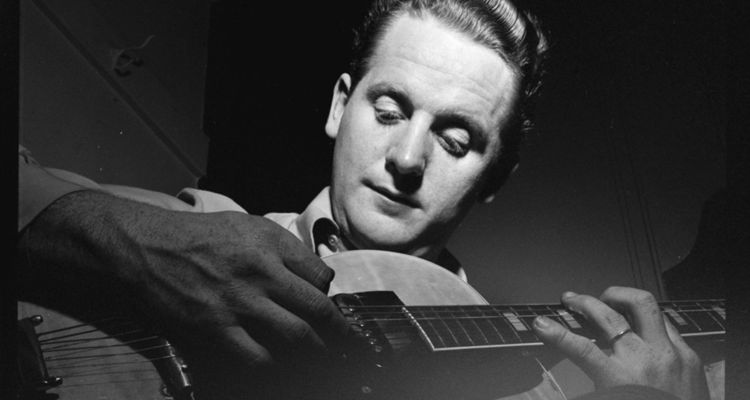 Who was Les Paul? A new official website dedicated to Les Paul and his contributions to the music industry answers that question.

Les Paul’s contributions to the music industry changed the way musicians play music, engineers record music, and the way fans can hear music. The website itself is divided into five sections that show who Les Paul was and why he was so important to shaping musicians worldwide.

The Inventor section gives visitors an overview of the solid-body electric guitar, sound on sound, multi-track recording, and other inventions from Les Paul. Old videos of Les explaining his inventions from his home studio are available to watch. He is joined by Mary Ford on several programs to present the inventions. This is the most extensive collection of interviews and rarely seen videos of Les Paul available.

The Musician section of the site celebrates how Les’ inventions impacted musicians from Paul McCartney to Slash. Les Paul had early relationships with artists like Bing Crosby, Chet Akins, and Tony Bennett. It includes a chronicle of his life with Mary Ford and hits like “How High the Moon” and “Vaya Con Dios” available for listening.

Each guitar features a detailed description and accompanying photographs. It also features a timeline of Les Paul’s nearly century-long career and videos of many of his celebrity friends. The Les Paul website says new videos will be added regularly so guests can continue to enjoy performances from The Rolling Stones’ Keith Richards, ZZ Top’s Billy Gibbons, Joan Jett, Jeff Beck, Steve Miller, Merle Haggard, and others.

The Foundation section of the Les Paul website contains information on his charitable efforts. The Foundation inspires innovative and creative thinking by supporting music education, recording, innovation, and medical research for hearing. This section of the site also highlights Les Paul exhibits at museums across the United States.

The Music section of the website is dedicated to Paul’s discography. Known as a musician’s musician, this is the most complete representation of his music available online. His musical output included over 33 top 20 recordings across multiple genres, including pop, jazz, and R&B.

Fans can download his music directly and listen to songs like “Hawaiian Paradise,” “Bye Bye Blues,” “The Hit Makers,” and many more. This section also contains images of the original album covers and a curated look at Les Paul’s musical legacy.