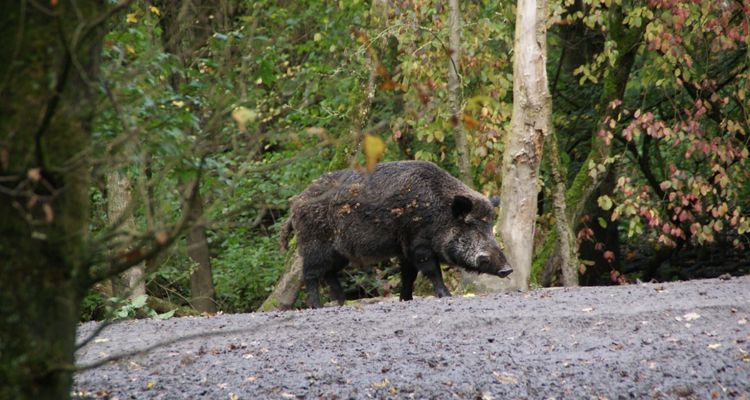 Shakira shares video saying she suffered a wild boar attack in Barcelona while walking with her son.

“Look at how two wild boars which attached me in the park have left my bag,” the Colombian singer says in an Instagram story relating the incident. She says the two boar took her back into the woods and destroyed everything inside it before she was able to get it back. “They were taking my bag to the woods with my phone in it. They’ve destroyed everything,” she continues.

“In the end, they left the bag because I confronted them,” Shakira says of the wild boar attack, then turning to her son. “Milan tell the truth. Say how your mummy stood up to the wild boar.”

According to Spanish police, Shakira is a victim of increasingly aggressive wild boar. In 2016, police reported receiving 1,187 phone calls about the boars attacking dogs, cats, and stopping traffic in the city of Barcelona. The boars are considered an invasive species and are drawn to cities to live off of human rubbish.

The presence of wild boars in European cities has been on the rise. In Italy, a pack of wild boars was recorded on video stalking a woman carrying her groceries home. She eventually must drop the bags to get away from the aggressive animals. They’ve been spotted rummaging through garbage, holding up traffic, and bullying schoolchildren in Rome.

Shakira announced a 2021 world tour last year, but no information about tickets, cities, or dates were shared.

That’s probably best, considering several tours that were supposed to start again were postponed or outright canceled. The 2021 tour promoted by Live Nation would have been her first tour since El Dorado in 2018.

Shakira split Super Bowl Halftime Show duties with Jennifer Lopez last year. She told CBS News she felt the weight of representing a huge part of the Latin community in the U.S. during that performance. “I consider it an important force in America, and needs to be well represented. And I think it’s a beautiful opportunity,” she said at the time.