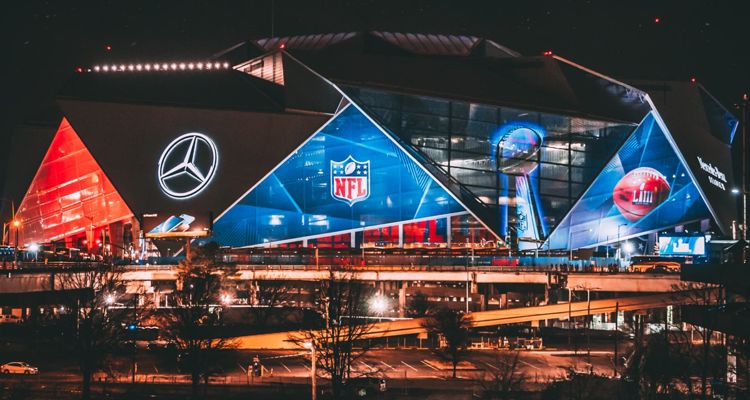 Dr. Dre, Snoop Dogg, Eminem, Mary J. Blige and Kendrick Lamar will perform at Super Bowl LVI. The game is happening at SoFi Stadium on February 13 and will be broadcast live on NBC. The five artsts have a combined 43 Grammy Awards and have created 22 number one albums between them.

“The opportunity to perform at the Super Bowl Halftime Show, and to do it in my own backyard, will be one of the biggest thrills of my career,” says Dr. Dre. “I’m grateful to Jay-Z, Roc Nation, the NFL, and Pepsi as well as Snoop Dogg, Eminem, Mary J. Blige and Kendrick Lamar for joining me in what will be an unforgettable cultural moment.”

This is the third Super Bowl Halftime Show collaboration between Pepsi, the NFL, and Roc Nation. In 2020, Jennifer Lopez and Shakira performed at the Super Bowl LIV Halftime Show in Miami. The Weeknd headlined the halftime show for Super Bowl LV in Tampa, Florida last year.

The Super Bowl returns to the Los Angeles area for the first time since 1993. Roc Nation and Emmy-nominated producer Jesse Collins will serve as co-producers of the Super Bowl Halftime Show. 103 million people watched Shakira and Jennifer Lopez’s co-headliner effort. Meanwhile, The Weeknd’s headlining efforts this year saw only 96.4 million people tuning in.