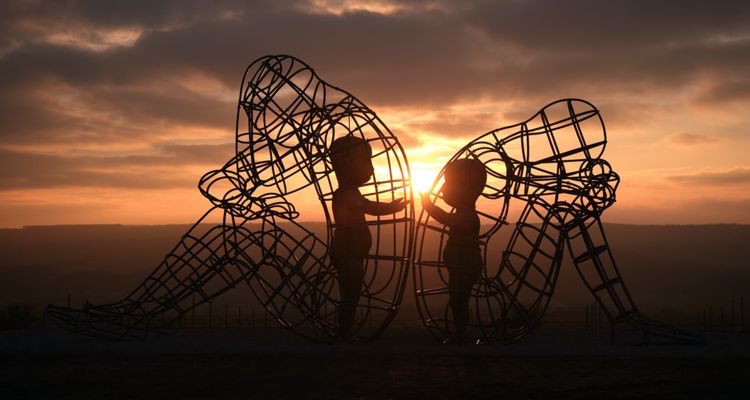 The Burning Man festival has partnered with Sotheby’s for an art auction to help keep the desert festival running through 2022.

Burning Man launched the auction on September 30 in a feature called Boundless Space: The Possibilities of Burning Man. The collection of artwork features more than 100 pieces by artists in the Burning Man community. All items in the Burning Man auction are open for bidding through October 8. Some of the pieces include paintings, sculptures, NFTs, vehicles, and even experiences like stilt walking lessons.

Billboard reports that the Burning Man auction collab with Sotheby’s came to life at the behest of Fab 5 Freddy. He told Charles F. Stewart, CEO of Sotheby’s, that the festival needed a cash injection to keep it going after the pandemic has forced the festival to cancel for two years running. Sotheby’s has agreed to waive some standard fees for running the auction. Contributing artists will receive anywhere from zero to a significant portion of proceeds – while Burning Man collects the rest.

“We’re going to have to start selling tickets; otherwise, we don’t have enough money,” she told Billboard. “We have money to get to the end of the year barely. Like, barely literally. We don’t have December. The auction is going to be important.”

Burning Man 2019 generated nearly $43 million, according to tax documents for the company. But the cancellation of its 2020 and 2021 events has led to the loss of 90% of its annual revenue. The organization called for donors in September 2020 and managed to raise $12 million in donations and major gifts. It also received a $27 million Federal PPP loan for operations. Most of that money went to staff retention, Goodell says.

“You can’t lay off people who’ve been doing Black Rock City for 10, 15, 20 years. That’s stupid. They’re going to get other lives, and Black Rock City will not come back. So it was really important that we raise the money and then were busy. We’re not just taking vacation,” Goodell says.

The money raised through the Sotheby’s auction and donor pledges will help the organization through the rest of the year.