When Will Concerts Finally Come Back? For Many Bands, They Already Have 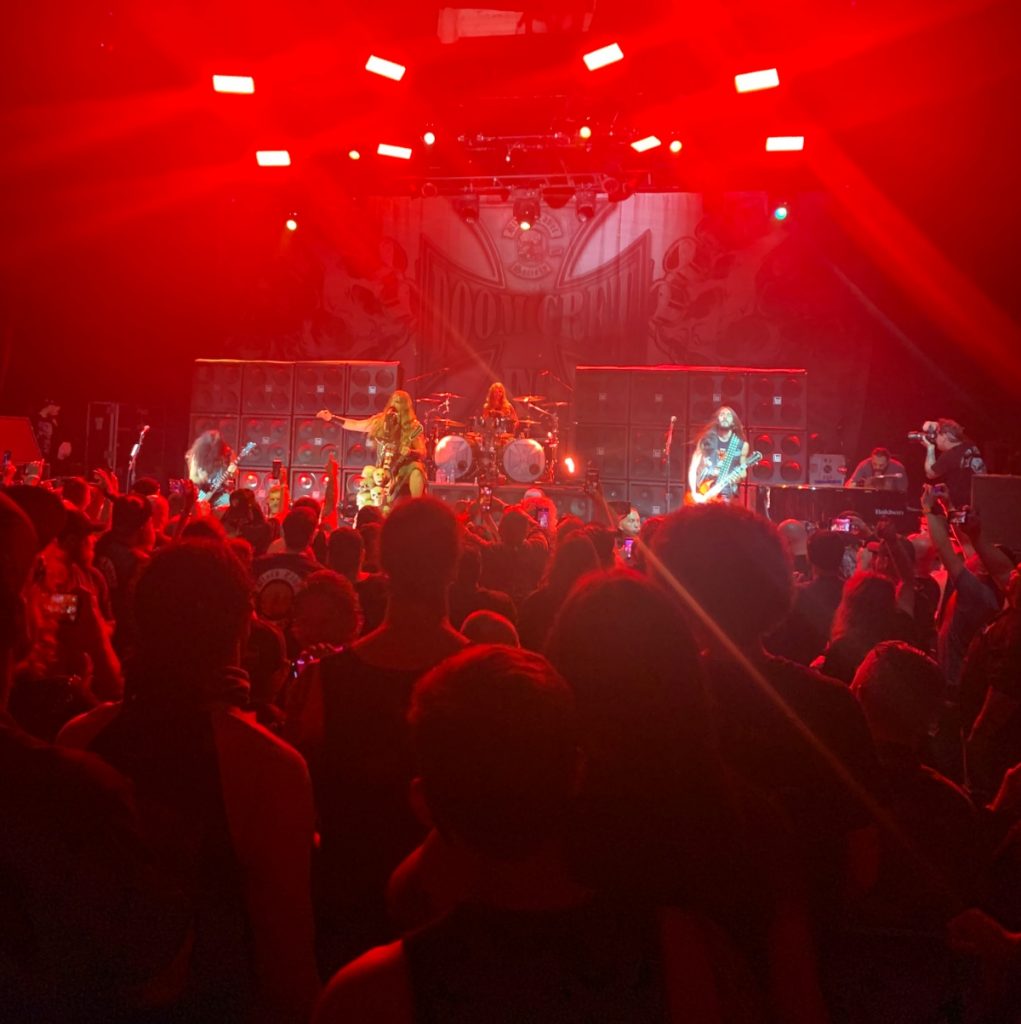 As cancellations and postponements continue worldwide, frustrated fans are understandably wondering when concerts will finally come back. But lots of shows — even crowded indoor shows — are going forward as planned, depending on whether bands (and their fans) are willing to take the risk.

It was decried as a dangerous COVID super-spreader and a hasty return to live events by Chicago health officials. But despite dire warnings of overpacked hospital beds and dying twenty-somethings, Lollapalooza largely went off without a hitch back in August.

Two weeks after the mega-festival, Chicago Department of Public Health Commissioner Dr. Allison Arwady pointed to virtually zero new COVID cases. Out of an estimated 385,000 attendees of the four-day festival, roughly 200 had tested positive for COVID-19. That worked out to roughly 0.05% of attendees, and it wasn’t even clear if all them were infected at the show itself.

Arwady noted that 90% of attendees were vaccinated, and there was no evidence that a super-spreader had occurred. Arwady also noted that no hospitalizations or deaths had been linked to the festival. “The bottom line is, we’ve not seen anything that has surprised us related to this Lollapalooza outbreak,” Arwady relayed.

Of course, that assessment was challenged, particularly by those who felt that Arwady and other Chicago officials — including mayor Lori Lightfoot — were spinning facts related to infections. But despite that debate, it felt as if Lollapalooza was the first of many shows and festivals to finally reemerge safely in America.

Digital Music News attended the COVID comeback event, and found that a vast majority of attendees were either vaccinated or had proof of a negative COVID test. The pre-check protocols seemed effective, despite uncomfortable pictures of packed, maskless crowds on the inside. Reports of fake COVID vaccination cards also appeared more speculative than real.

Indeed, it appeared as if Lollapalooza had established a working protocol for future COVID-safe shows. And, a definitive answer of when concerts would finally come back.

Fast forward to October, and cancellations and postponements are back.

The Delta surge is one major culprit, with artists pushing gigs into 2022 or delaying full-scale announcements. A patchwork of COVID protocols and responses across various states is also making tour planning difficult. But despite increasing vaccination levels, live concert executives, artist managers, and venue operators have noted that continued uncertainties about the virus are cooling ambitious tour plans. The massive losses involved with cancellations are making some tours and festivals too risky of an investment.

In the past week alone, Post Malone canceled his hotly-anticipated Posty Fest at AT&T Stadium in Arlington, Texas — just two weeks after announcing it. “Due to logistical issues impacting the production of the festival, Posty Fest is rescheduling to 2022,” festival organizer Live Nation told disappointed fans. “Refunds will be available at point of purchase. We can’t wait to make 2022 our biggest year yet. Stay safe everyone, we’ll see you soon.”

Exactly why Posty Fest was nixed immediately after its announcement is unclear, though disagreements between Live Nation and Texas state (and other local) officials over COVID-19 protocols may have been to blame. Those could include disagreements over details like COVID-19 vaccination and testing requirements for anyone attending, as well as rules requiring mask usage during the gig itself.

“I have made the very difficult decision to pause Zac Brown Band’s ‘The Comeback Tour,'” Brown told fans. “I am deeply disappointed this has happened, as touring is our life and performing live for our fans is the best part of our job. The bottom line is that I want to take every precaution to put the health and safety of our fans and crew first.”

Those are just some of the recent cancellations happening in live music. But for those itching to dive back into shows and wondering when concerts will return, there are actually plenty of tours happening. And even more one-off shows. It all depends on whether a band wants to take the risk, and whether their fans are willing participants. Just be prepared for some COVID-related inconveniences.

After DMN’s Nicole Haiimpoor braved the waters at Lollapalooza, I decided to check out an indoor heavy metal concert in Ventura, California over the weekend (Ventura is about an hour outside of Los Angeles, traffic-allowing). Headlined by Zakk Wylde’s Black Label Society, the show also featured New York-based metal band Prong and death metal legends Obituary. That’s right: a delightful evening of extremely heavy metal for a die-hard crowd, all of whom seemed happy to deal with COVID-related delays and inconveniences.

So what were those inconveniences? Frankly, the entire event was largely successful despite lots of COVID-related protocols — and offered a good idea of what fans should expect from typical COVID-era concerts. 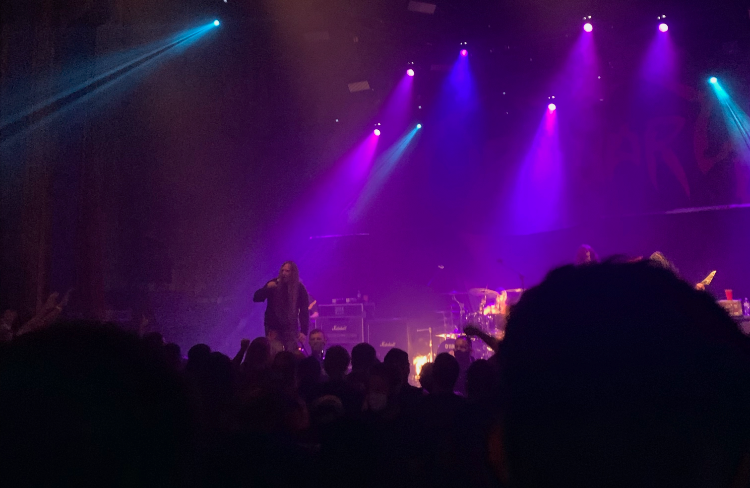 For starters, an obscenely long line snaked around the block in front of The Majestic Ventura Theater, even as the first opening band (Prong) started their set. That sucked for Prong: the group was forced to start their show while fans were backlogged outside. Beyond the typical search for weapons, booze, and other illegal items, attendees also needed to produce either a vaccination card or proof of a negative test, which understandably delayed things further. Some even received on-the-spot tests before entering (see below).

And in COVID-land, there’s always a pesky detail to forget.

As for myself, I forgot my vaccine card back in the hotel, mistakenly thinking I’d stuffed it in my wallet. My wife held my spot in line while I raced back to the hotel, grabbed the card, and returned. Yet 45 minutes later, I found that the line had only moved about a half-block forward.

But nobody seemed to care. We struck up a conversation with the guy next to us, a death metal aficionado who was also a 2nd-degree black belt in karate. Turns out he forgot his vaccine card as well, though the venue offered to give him an on-the-spot COVID test. So, in addition to options A (presenting your vaccine card) and B (showing proof of a negative test), there was also an option C (the instant COVID test).

The Majestic was aptly prepared, and I got the distinct impression that venues are simply embracing a ‘new normal’ to make things work. While mega-tours at stadiums and festivals like Posty Fest seem too risky, smaller, under-the-radar shows with die-hard fans seem to have all the ingredients to return.

That also includes outdoor gigs with larger crowds. Back in Chicago, a few weeks after Lollapalooza, I enjoyed a crowded Chicago Jazz Festival at Millennium Park. There wasn’t even a COVID check at the door despite a huge crowd. And that’s in addition to the numerous outdoor gigs I’ve enjoyed or simply stumbled upon.

Others are also jumping back in. Back at DMN, we’re receiving tour announcements every day in our in-box. In the case of events like Posty Fest, those announcements are postponements or cancellations. But most of the time, they’re just straight-ahead announcements, with everyone involved simply crossing their fingers and setting sail.

Back to the Majestic Ventura Theater, the ‘Doom Trooping Over North America’ tour was at the beginning of a long run throughout the US.

After completing their first gig in Sacramento, the tour had at least 35 more shows on the itinerary. That’s a gamble, though clearly one that these bands are willing to make. The decision was also likely influenced by the groups’ die-hard fanbases, many of whom are undoubtedly willing to brave the COVID uncertainties. In fact, I bumped into a few fans who were following Obituary on tour.

For the right band with the right fans, the time for concerts to return is right now.

Indeed, the rest of the gig at the Majestic Ventura Theater proceeded like pre-COVID times — and offered plenty of hope that concerts will finally come back in full force.

Bars were doling out $10 Pabsts and $15 mixed drinks, while merch tables were fully manned and selling $35 t-shirts to fans. Just like old times! Inside, some fans wore masks, while many others didn’t. Perhaps some simply stayed away — the 1,200-capacity theater drew roughly 1,000 attendees. Though the fans that did attend seemed relaxed and pleasantly under-the-influence — and frankly, relieved to be back in their favorite scene.

One pro-tip I’d offer for those getting back into live events: if you don’t think a show will sell out, it’s probably prudent to delay your purchase as long as you can. That way, you don’t have to hassle with refunds or postponements if they occur. And in this topsy-turvy terrain, both cancellations and postponements are unfortunately a reality for live concerts in 2021 (and potentially beyond).