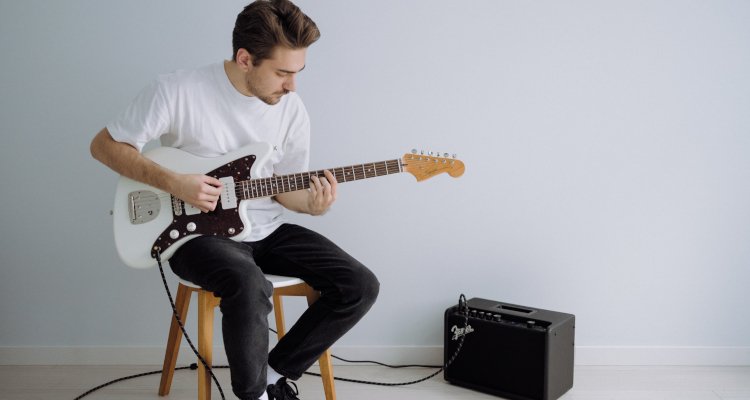 Fender partnered with YouGov and interviewed 10,644 “demographically representative” individuals as part of the just-published study, entitled “Fender’s New Guitar Player Landscape Analysis.” The 75-year-old instrument manufacturer – which in September of 2020 touted record sales figures – opted to commission the survey in response to this sales hike as well as some “one million new signups” on its Fender Play app.

The analysis was developed “with the goal of identifying and understanding this new community’s needs,” Los Angeles-headquartered Fender made clear, and officials announced the launch of “Beginner’s Hub” alongside the survey results. The latter is “a network of online resources which includes every tool a new player needs to start, stick with and eventually master their guitar, bass or ukulele.”

In terms of the Fender study’s results, “62% of beginner guitarists said that the COVID-19 pandemic was an important, driving factor in beginning their guitar journey,” the report relays.

Additionally, 77 percent of respondents “reported that they found themselves with additional free time during this period, which they used to play and practice,” and 72 percent of study participants were 13 to 34 years old, as initially mentioned. Plus, 33 percent of the 16 million or so new players pinpointed by Fender “have a family member who has owned a guitar.”

Though “these new players are not music novices, with the majority having played or attempted to play another instrument prior to guitar,” the study likewise suggests that the identified beginner guitarists have a casual interest in learning to play the instrument.

To be sure, “67% of new players have full time careers, with the majority considering guitar as a hobby rather than a passion,” per Fender, and one-quarter of the past two years’ new guitar players “have stagnated in their progress.” Expanding upon the point, “53% of beginners spend 2 hours or less practicing a week, but on average, they believe practicing 4 hours a week for 1-2 years is what it will take to ‘get good’ at guitar,” the text discloses.

Finally, “58% of beginners use TikTok weekly or more frequently,” with a full 67 percent of beginners consuming guitar content “at least weekly if not daily,” at 19 percent for daily and 48 percent for weekly. Last month, Lego unveiled a 1,074-piece 1970s Fender Stratocaster set, and August saw the German government fine Yamaha, Roland, and Fender a total of nearly $25 million for “resale price maintenance.”