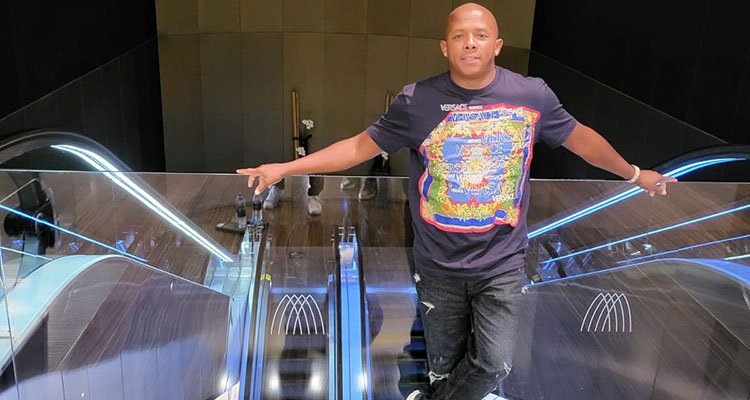 Rabu Gary is music to your ears.

The following comes from Ascend Agency, which has partnered with Digital Music News to bring you this information about Rabu Gary.

Rabu Gary is one of the most successful influencers and social media personalities in the world. He is the CEO of Rabusfriends.com and the Administrator of United Investors Group International. Rabu is also a renowned business professional, mentor, and coach who has helped thousands of people worldwide realize and unlock their potential.

With over 21 years of experience, Rabu has helped more than 300,000 people increase their net worth. He does this by assisting them in making additional income in various investments through Cryptocurrency, e-commerce, real estate, and marketing & branding. This stretches beyond individuals to cater to some of the USA’s large communities and international space, helping them make extra money to liberate some of their communities out of poverty.

Rabu Gary’s efforts to help millions of people worldwide become independent millionaires have earned him recognition from some of the reputable organizations in the world, including The United States House of Representatives and Business for Home. Rabu was also rated the number one representative for enterprise car sales. He is also a regular on the Warren Ballentine Radio Show, broadcast in 37 states across the United States of America.

Despite his success in empowering others, Rabu admits that the road has not been without bumps. Like an artist learning music, he had to learn the business world. He had to overcome several obstacles before becoming a master of his craft. His biggest challenge was convincing people that if they set goals, they could accomplish anything they desired.

Many of them suffered low self-esteem and often looked down on themselves. With a deep passion for what he does, Rabu quickly devised a way to face the challenge. He started listening and relating to his clients’ plights and offering them proven techniques and philosophies to help them achieve their goals. This was the best move because people felt more welcomed and at ease to open up about their struggles, allowing for self-discovery and self-belief, essential for success.

Rabu is a firm believer in trusting and having faith in the process. He advises everyone out there to stay away from taking shortcuts because they hardly materialize. According to him, the shortcut is essentially the long cut disguised as a shortcut. Rabu emphasizes the importance of never cutting corners when attempting to accomplish something significant. You may arrive at your desired destination, but you will quickly realize that you are not truly there. You will miss out on the opportunity to experience the journey that follows success. Instead, Rabu stresses the importance of controlling your inner thoughts because that is where your happiness lies. He constantly looks for the positives in life, and joy will never escape him.

Moving forward, Rabu is looking to scale his brand and expand his reach. He wants to empower and create over a thousand independent millionaires to add to his current list of 55. It may not be an easy task, but he is determined to make it a reality. His long-term goal is to grow his rabusfiends.com brand to a billion-dollar organization. Such progress will be significant in his quest to focus on helping people worldwide accomplish their life goals.

You can learn more about Rabu at the Power Networking Global Virtual Conference, where he is currently the guest speaker.