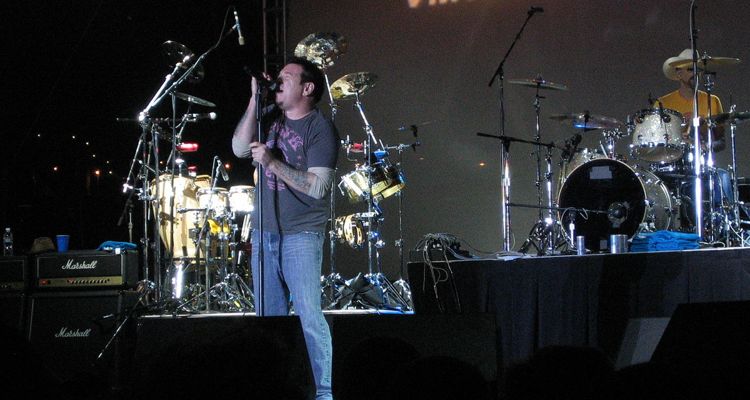 The band performed a concert in upstate New York over the weekend. But video from the event shows Harwell slurring his words, threatening the audience, and behaving in a combative way. He also seemingly gives the Nazi salute to the crowd and double middle fingers at one point.

A TikTok user caught the rant during the Big Sip beer festival in Bethel, New York. The clip shows the band was having technical issues with equipment, struggling to play with a broken PA system. Harwell is seen in the video swaying back and forth on stage, flipping people off and cursing at them when they respond.

“Steve has been dealing with long-term medical issues over the last eight years and during his last performance at the Big Sip stage, he suffered numerous symptoms directly linked with his current medical condition,” the Smash Mouth representative confirms. “As of today, Steve will be retiring from Smash Mouth to focus on his physical and mental health.”

Harwell recently took a break from touring due to his health issues. Those health issues include cardiomyopathy and heart failure, which forced him to miss tour dates. Reps say he is managing his conditions with medication.

Harwell also kicked up a big stink in August 2020 when Smash Mouth played the Sturgis motorcycle rally in South Dakota. “We’re all here together tonight! F–k that COVID shit!” Harwell screamed at the crowd, earning cheers at the time. The ten-day festival saw more than 250,000 people in attendance across all days. That performance was scaled down from around 500,000 people who attended in 2019.