Timothy Bratz Shares His Journey to Success in Real Estate 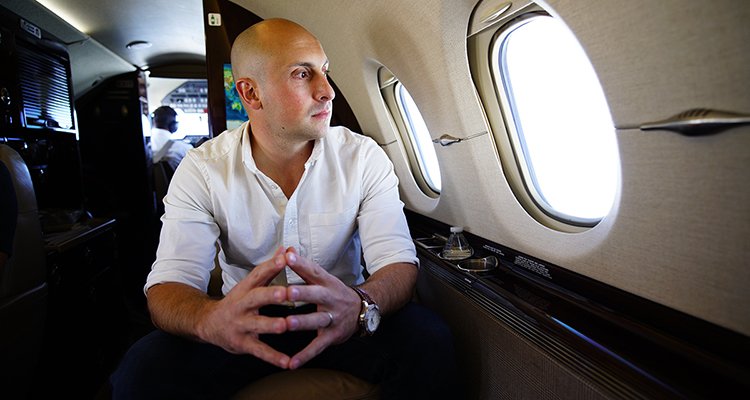 Timothy Bratz is one of the most successful real estate entrepreneurs in the country.

The following comes from Ascend Agency, which has partnered with Digital Music News to bring you this profile of Timothy Bratz.

Timothy Bratz is a commercial real estate investor, coach, and consultant and with a series of children’s leadership books. Timothy is the president of Legacy Wealth Holdings, a real estate firm that buys, improves, and holds prime commercial real estate properties. He is also the founder and owner of Little Legacy Library, a company dedicated to instilling principles of success in young people.

Timothy has been money-motivated from a young age with the urge to transform his life and those around him. Witnessing others build wealth in real estate while he attended college influenced his decision to join the industry. He moved to New York, got his real estate license, and ventured into the New York real estate industry as a broker leasing ground floor retail units in Manhattan.

The job gave him first-hand experience of how real estate operates, opening his eyes to the industry’s potential to transform lives. His desire to be a real estate owner instead of a broker led him to Charleston, South Carolina, where there were more chances of success in the industry for a young beginner. Without the means to fully explore the industry, Timothy embarked on a course to learn and understand more about the investment side of the industry while still networking.

Through hard work and sacrifices, Timothy managed to save enough funds to make his first investment in 2009. His first house cost him $14,000 and he spent $5,000 on paint, flooring, fixtures, and landscaping, and later sold it for $33,000. Timothy acknowledges this to be one of the biggest moments in his career.  If he did it once, he could do it again.

His determination and hunger for success helped him scale in the industry, and within a few years, he was flipping up to 100 houses a year. Timothy also built one of the largest residential property management companies in Cleveland, Ohio.

After years of investment and success in the industry, Timothy decided to share his knowledge and expertise with other entrepreneurs to help them unleash their full potential for success in real estate. He mentors other professionals in the industry who are tired of trading their time for money and want to begin building a residual and passive income. Timothy has reached thousands of investors, leading them toward success.

Timothy has since shifted focus from empowering such investors economically to training and coaching them on how to be influential in society. According to Timothy, training others how to lead will compound his impact, improving the lives of hundreds of thousands of people across the world.

As seen in many success stories, Timothy’s path was not easy.  He has faced many obstacles, from unscrupulous tenants to lackluster partners. Timothy began investing during the most significant real estate recession in history and found it difficult to do business in an industry mobbed with negative headlines. He has also suffered operating setbacks, with some contractors bailing in the middle of projects, causing him to incur major losses.

Fortunately, Timothy has remained resilient and attained tremendous success in the industry. His ambition is to reach $1 billion in assets by the end of 2023, a goal he is certain to accomplish.