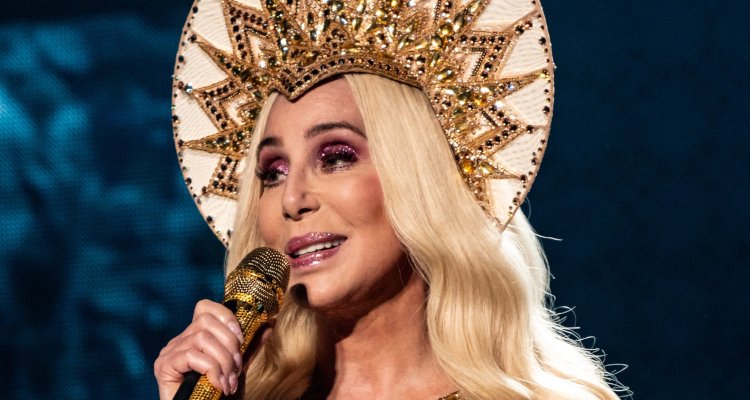 El Centro-born Cher just recently submitted the complaint to a federal court in her native California, naming Mary Bono as a defendant both individually and as trustee of the aforementioned Bono Collection Trust. According to the straightforward action, Cher and Sonny Bono, who were married in 1967 and released “I Got You Babe” and a number of other well-known tracks, “agreed to an equal division of their community property” after divorcing in 1975.

Specifically, August of 1978 purportedly saw Sonny Bono “irrevocably” assign to Cher “as her sole and separate property throughout the world and in perpetuity, fifty percent of their rights in musical composition royalties, record royalties, and other assets” minus administration fees, according to the text.

The corresponding “written” agreement likewise stated that Sonny was to choose the administrator(s), per the lawsuit, while Cher had “the right to approve all other agreements with third parties…with her approval not to be unreasonably withheld.” Plus, the contract “expressly binds the two parties’ respective heirs and assigns,” the plaintiff claims.

A probate action initiated “shortly” after Sonny Bono’s 1998 passing, the suit proceeds, and Cher “caused to be filed in the probate action her creditor’s claim, raising Sonny’s obligations to her under the” 1978 agreement. Mary Bono, as the estate’s administrator, offered “express approval” for the claim, the document relays.

Lastly, regarding the legal battle’s background, 1990 saw Cher create The Veritas Trust (formerly Inshallah Trust) and transfer to it “her undivided fifty percent ownership” in the Sonny & Cher royalties. Plus, Cher “alleges” that Sonny Bono’s heirs – that is, Mary Bono, “Chesare Bono, Chianna Bono, Christy Bono, and Chastity (Chaz) Bono” – transferred their own interest in the royalties to the initially noted Bono Collection Trust “some time prior to April 2011.” Mary Bono is reportedly the trust’s “sole” trustee.

During the last decade, Wixen “collected and disbursed” the appropriate compensation to Cher, according to the suit, but 2016 allegedly saw Sonny Bono’s heirs (“or a majority of them”), “with the assistance or participation of Wixen,” issue “a notice of termination [under Section 304(c) of the Copyright Act of 1976] to various music publishers or other companies to whom Sonny had granted a transfer or license of the renewal copyrights, or rights under them.”

Then, September of 2021 allegedly brought with it a notice forwarded to Cher’s representatives, indicating that the same Section 304(c) termination notice also negates her composition-royalties interest (and half the recorded royalties and approval over third-party deals) under the 1978 agreement.

Needless to say, given the present courtroom confrontation, Cher has pushed back against the termination notice, whereas “The Bono Collection Trust continues to adhere to its contentions and has stopped, or will shortly stop, paying to The Veritas Trust.”

Section 304(c) of the Copyright Act “provides, subject to various conditions and limitations, that a deceased author’s widow or widower and surviving children may terminate the deceased author’s grant of a transfer or license of a renewal copyright or any right under it, executed prior to January 1, 1978,” Cher’s lawsuit continues.

And on this front, “even if” the termination notice issued to Cher is valid, it could not have negated the 1978 divorce agreement, post-January of 1978 grants executed by Sonny Cher, and the latter’s “grants of rights outside the United States,” among others, per the plaintiff.

“Sonny’s assignment to Plaintiff in the Marriage Settlement Agreement of an undivided fifty percent ownership of the Royalties is not a grant of renewal copyrights or rights that arise under the Copyright Act and, for that additional reason, is not subject to § 304(c) termination,” the legal text indicates.

Cher is seeking declaratory relief concerning the notice of termination as well as breach-of-contract damages “in an amount not presently known but believed to exceed $1,000,000.” At the time of this piece’s writing, Mary Bono didn’t look to have addressed the complaint on social media.