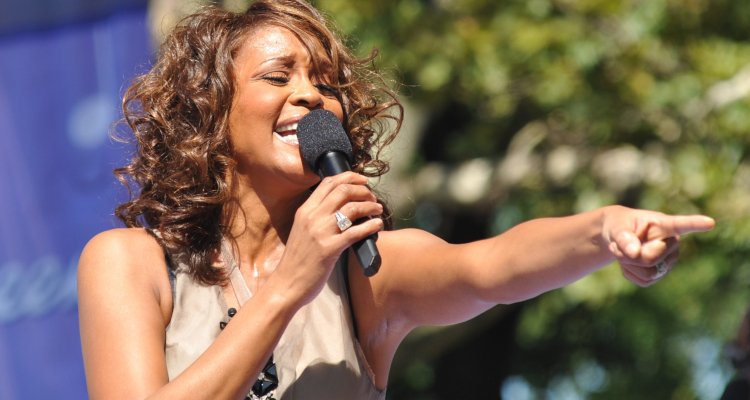 Whitney Houston, whose 1985 debut album included “Saving All My Love for You,” written by Michael Masser and Gerry Goffin. Photo Credit: Asterio Tecson

Four days after spending a reported $50 million on Bing Crosby’s name, brand, IP, and more, Primary Wave has dropped a reported $20 million on an interest in the catalog of “Will You Love Me Tomorrow” songwriter Gerry Goffin.

Primary Wave, which in June received a $375 million investment from Oaktree Capital Management, announced the multimillion-dollar deal with the estate of Gerry Goffin today. The agreement encompasses a number of other songs (besides “Will You Love Me Tomorrow”) that Brooklyn-born Goffin penned with Carole King during his over four-decade career, including 1961’s “Take Good Care of My Baby” as well as 1962’s “The Loco-Motion” and “Chains,” to name some. (King and Goffin were married from 1959 until 1968.)

Also included in Primary Wave’s buyout are the rights to works that the Songwriters Hall of Fame inductee Goffin wrote with Russ Titelman, Barry Goldberg, and Michael Masser. Among the Rock and Roll Hall of Famer Goffin’s collaborations with Masser are commercially successful tracks such as Whitney Houston’s “Saving All My Love for You” (1985) and Peabo Bryson and Roberta Flack’s “Tonight, I Celebrate My Love” (1983).

Addressing his company’s purchase of the Gerry Goffin catalog in a statement, Primary Wave founder and CEO Larry Mestel – who in early August spearheaded a major deal with the Prince estate – said: “The songs Gerry Goffin penned over the course of his incredible career and proven [sic] to be ageless and have stood the test of time. We are thrilled to have these iconic songs, some of which are among the greatest of all time, on our roster. We are honored to welcome him to the family of Primary Wave Music artists.”

A multitude of sizable music-rights buyouts have wrapped since 2020’s start, and this week alone has seen Blackstone invest $1 billion in music IP (and take an ownership stake in Hipgnosis Song Management), while Lyric Capital yesterday launched a $500 million catalog fund with Northleaf.

Worth noting in conclusion is that Shamrock Capital – which acquired Taylor Swift’s catalog last November for a reported $300 million – in July raised nearly $200 million to put towards additional entertainment IP. Lastly, SiriusXM majority owner Liberty Media (which also possesses about one-third of Live Nation) has yet to publicly reveal its plans for the more than $500 million special purpose acquisition company (SPAC) that it rolled out back in January.