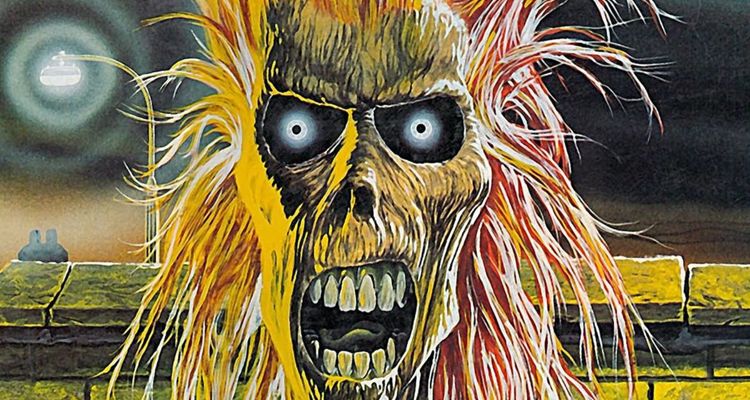 An Iron Maiden-loving principal won’t be fired after parents petitioned her removal.

On her Instagram page, the Ontario high school principal shared her enthusiasm for the heavy metal group Iron Maiden. But those posts soon enraged a couple of parents of students at Eden High School in St. Catharines. “I’m surprised it blew up in the way it did,” says City Councillor Karrie Porter. “It is funny, silly, and frustrating all at the same time.”

She’s also making the ‘horns-up’ heavy metal gesture familiar to most metal fans. Another image shows a doll of Eddie (pictured above), the band’s skeletal mascot, with a hand-drawn heart around the numbers ‘666.’ Those photos were too much for some of the parents who filed the petition.

“As concerned parents with impressionable children at Eden High School, we are deeply disturbed that the principal assigned to the school blatantly showed Satanic symbols and her allegiance to Satanic practices on her public social media platforms where all the students can see them,” the petition for her removal reads.

But the petition for the removal of the Iron Maiden-loving principal soon faced international backlash.

A counter-petition titled We Need Mrs. Burns went up. “It is ridiculous that a couple of parents only judge her role as principal based on her Instagram posts,” the counter-petition reads. “She has made Eden a safe space for so many people. She spread nothing but love and kindness.” The petition of support for the principal gained 20,000 signatures. While the petition against her? Only 553.

The Eden High School spokesperson released a statement about the incident. “As you can imagine, Principal Burns is quite surprised by how her Instagram post led to two petitions and grew to be a topic of interest around the world,” says Kim Sweeney, the Chief Communications Officer for the District School Board of Niagra. “Our belief is that taste in music is subjective and we support that both students and staff enjoy a wide variety of genres,” Sweeney adds.

No disciplinary action was taken against the principal, and the issue is over as far as the school board is concerned. No policy changes were made as a result of either petition.