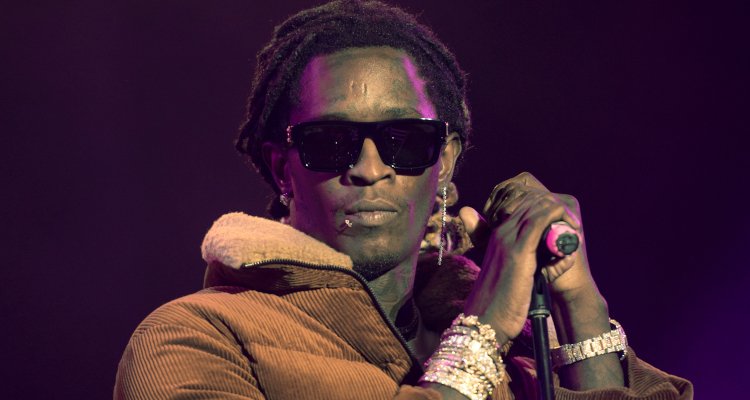 30-year-old Young Thug (full name Jeffery Williams) just recently submitted the firmly worded complaint to a federal court in his native Georgia, naming as defendants several companies that “own, operate and/or manage” an Atlanta apartment building called Trace – as well as the businesses that are contracted to provide an around-the-clock concierge service for residents.

According to the straightforward action, Atlanta-born Young Thug and his girlfriend “leased an apartment at the property,” which offers, among other amenities, the aforementioned “24-hour concierge service.” On Sunday, November 1st, 2020, the “Go Crazy” artist “returned to Georgia from Los Angeles,” ultimately parking on the third floor of the apartment building’s garage, unloading his belongings, and proceeding to his home, per the suit.

However, “unbeknownst” to Young Thug, “a leather Louis Vuitton bag was left beside his vehicle,” the lawsuit continues. Another Trace resident noticed the luxury handbag and informed staff, according to the plaintiff, and a concierge-service employee named Lillie Bouie retrieved the ultra-valuable items at “approximately 6:30 PM” local time.

This employee knew that the misplaced property was Young Thug’s “due to the brand of the bag and because it was immediately next to” the “Bubbly” rapper’s black Lamborghini, the text relays. Then, the same employee purportedly called Young Thug and told him that the concierge service would hold his bag.

It’s unclear why the Punk creator didn’t retrieve his precious possessions – and especially the hard drive – at once, but the team member “placed a written note” on the Louis Vuitton product, “instructing other concierge employees not to…release the bag to anyone without contacting her (Ms. Bouie) first so as to ensure it was returned to its rightful owner,” the plaintiff maintains.

Later – presumably after Bouie’s shift ended – “concierge employee Latoya Guest entered the secured area” where the bag was being held and gave it “to an unknown person.” Guest “did not notify or otherwise speak to Ms. Bouie before releasing the property,” per Young Thug’s complaint, and “it is unknown” who absconded with the items, which haven’t been returned.

As initially highlighted, Young Thug’s missing possessions include the $2,500 Louis Vuitton bag itself, $94,000 worth of jewelry, $40,000 in cash, and “a hard drive containing approximately 200 unreleased songs…worth at least an estimated” $1 million.

The lawsuit doesn’t appear to specify whether Trace parking-garage security footage exists from November 1st, 2020, how a third party would have learned of the missing bag, or how this third party entered the facility, with Young Thug having used “his resident parking pass” to do so.

In any event, upon retrieving, securing, and leaving a note regarding Young Thug’s bag (as well as the items therein), the defendants “undertook a duty to safeguard and return” the belongings, the suit claims, before accusing these “unreasonable and stubbornly litigious” defendants of negligence and “negligent supervision and failure to train” concierge team members.

At the time of this piece’s publishing, the involved parties didn’t appear to have commented publicly on the suit. But this isn’t the first time that an artist has lost a hard drive containing an abundance of unreleased songs – or misplaced a substantial amount of cash.