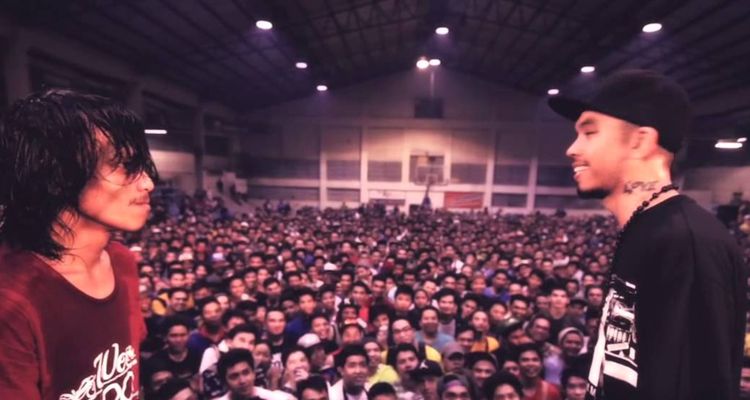 The rap battle league was founded in 2010 and has rocketed in popularity over the last eleven years. Passionate fans from around the world and at home in the Philippines have brought fame to many rappers who got their start in the league. FlipTop celebrated its 10th anniversary last year with a full music festival – ahead of the pandemic lockdown. That event saw hundreds of hip-hop artists take the stage to celebrate FlipTop.

FlipTop Battle League are the first, and largest professional rap battle conference in the Phillippines. FlipTop Battles are joined by underground and amateur rappers, where two rappers are pitted against each other in a battle of a capella rap. The point of FlipTop battles are to insult your opponent through clever usage of the Filipino language, which has a sing-song quality of its own.

The contest consists of three rounds with a time limit for each contender set by the referee. Overtime is applied if the battle is a draw. Who goes first is determined with a coin toss. Both written and non-written lines are allowed, and both sides are allowed to bring props to the battle.

The Filipino language is the primary language, but other languages and dialects may feature. The winner of each battle is determined by judges, who grade contestants on their usage of words, audience impact, delivery, and their rapping style.

While rap battles are what the FlipTop Battle League is known for, it also hosts beatbox battle competitions, concerts, and seminars about hip hop culture. There are also many variations on rap battles including: