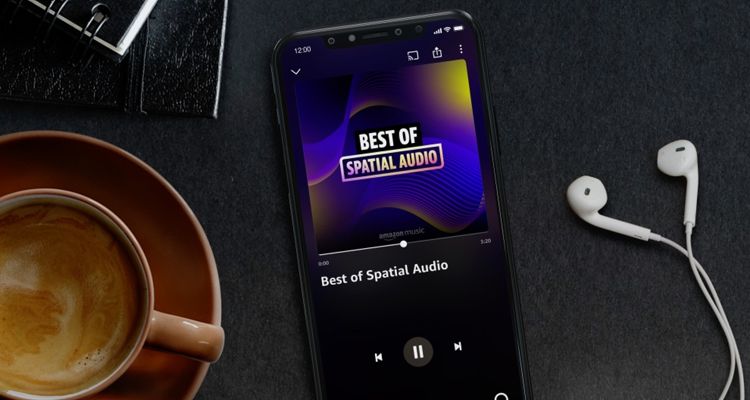 “We’ve always believed that the highest-quality audio possible should be the norm for streaming music, and that’s why today, we’re making spatial audio available to our customers without any special equipment needed, and no upgrade required,” says Steve Boom, Vice President of Amazon Music.

Users can also stream spatial audio music with Alexa Cast on devices like the Echo Studio. Other devices that support Sony’s 360 Reality Audio format include:

Amazon Music Unlimited costs $7.99/month for Prime members or $9.99/month for Amazon customers. A Family Plan is available for up to six devices for $14.99/month.

Amazon’s focus on spatial audio has been around since 2019, but Apple stole the show with its support for Dolby Atmos this year. Now albums are being mixed and mastered with spatial soundscapes in mind, rather than just stereo audio. Remi Wolf’s debut album Juno, FINNEAS’ album Optimist, and Rüfüs Du Sol’s fourth album Surrender are all available for listening in spatial audio.

In November, Amazon Music is exclusively releasing Mercury – Act 1, a new EP from Imagine Dragons – mixed in Dolby Atmos. The five-track EP features music from the band’s album release live stream, which was recorded from the rooftop of the Amazon Music office in Brooklyn.

“We recorded our new album Mercury – Act I with Rick Rubin at Shangri-La Studios in Malibu, and it’s great to have a new avenue for people to experience the space and depth in those rooms through these new Dolby Atmos mixes,” says Imagine Dragons. “We’re excited to share our first acoustic live EP of some of these tracks that we recorded with Amazon Music.”