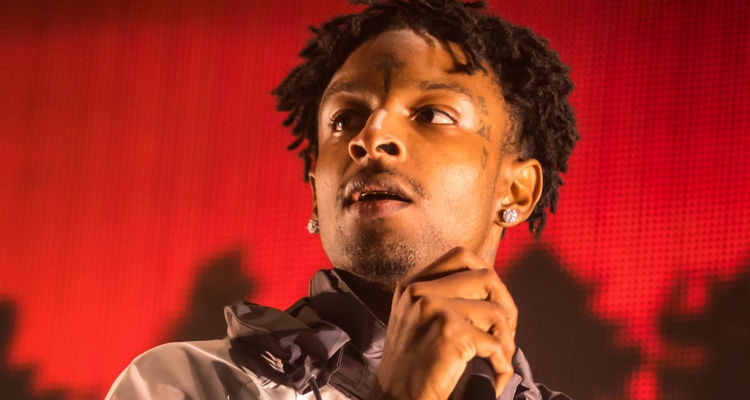 If fan-captured footage is any indication, FreakNik Festival 2021 went off without a hitch earlier this month. But now, more than two weeks following the event’s conclusion, organizers are threatening rapper 21 Savage (and his manager) with legal action over a FreakNik-themed birthday party held in Atlanta.

FreakNik Festival took place during October’s second weekend, and the (age 18 and older) fans in attendance had the chance to enjoy performances from north of 60 acts – Juvenile, Trick Daddy, Trina, and Twista among them. But the decades-old happening has developed a controversial reputation over the allegedly rowdy behavior of its attendees as well as guests at associated parties.

Former Atlanta Mayor Kasim Reed cracked down on the function and related occurrences in 2010, according to The Atlanta Journal-Constitution, and FreakNik higher-ups indicated on their website that the 2021 edition would be “the LAST FreakNik as the negativity is just [sic] been too overwhelming.” (Of course, given the ongoing threat of litigation against 21 Savage and other factors, it remains to be seen whether the event will stick to the commitment.)

The much-publicized feud concerning 21 Savage’s initially mentioned birthday party appeared to initiate yesterday morning, after the official FreakNik Festival Twitter account published a message reading: “Saw @21savage and @megameezy #Freaknik21 last night at @underground_atlanta and looked like a super dope event. Sucks we gonna have to sue them when all we asked that they acknowledged us since it was a free event and they declined.

“Spending over a million to revive a brand, fighting negative public perception and proving we can do it 2 years [FreakNik also took place in 2019] with no issues, comes at a cost,” states a follow-up message from the FreakNik Festival. “We can’t let others just infringe on that. So know when you hear them talk about we tried to work it out very easily beforehand.”

A brief clip of what appears to be the party in question is included with the first tweet – though the “@underground_atlanta” handle doesn’t link to an account. Plus, it bears noting that London-born 21 Savage, who moved to Atlanta at age seven, turned 29 on Friday, October 22nd.

The “A Lot” creator specified in an Instagram post last week that he would celebrate his birthday at a party on Saturday the 23rd, and the event’s poster makes clear that attendees “must be dressed in FreakNik 92-95 styles,” whereas text at the promo material’s top reads “FreakNik 21.”

21 Savage fired off a firmly worded response to FreakNik’s first tweet on the subject – “Y’all better sit down somewhere” – and a company called After 9 Partners (not to mention all manner of fans) then entered the social-media battle.

“@21savage we are the owners of the Freaknik trademark,” wrote After 9 Partners, including with the message a photo that seems to show this trademark’s registration. “All we asked is for you to acknowledge the rightful owner and we would have asked you to do something positive like post a link to raise money for charity. Since we always do something good in the hood every Freaknik.”

More than a few other responses have been issued – on Twitter and Instagram – in the multifaceted war of words, and multiple fans have noted that Saweetie celebrated her birthday at a FreakNik-themed party over the summer, seemingly without pushback (or threats of legal action) from the namesake festival.

Notwithstanding the aforementioned post from 21 Savage (in addition to a couple tweets from his manager), the rapper doesn’t appear to have issued further responses to the possible lawsuit from FreakNik – nor had a complaint been filed at the time of this piece’s publishing.

Organizers doubled down on their litigation-minded criticism in a decidedly lengthy Instagram post today, however, writing in part: “We saw [the] @saweetie event earlier this year and thought it was dope…we learned about it afterwards too and she didn’t promote it in Atlanta. We saw @quavohuncho and @yungmiami305 and we love it, but haven’t decided what we want to do.

“But @21savage and @megameezy event was another level. Super dope also so congrats to @mshannahkang for the dope layout, but that event was a smack in our face to all the hardwork we put in. We said we will give you [a] license for FREE and was gonna ask to make sure it has a nonprofit presence there. They said no…I didn’t want this smoke…again we said ‘man put on for the city just acknowledge us and we will give you the license FREE.’ Meezy said he would just change the name. He didnt…”