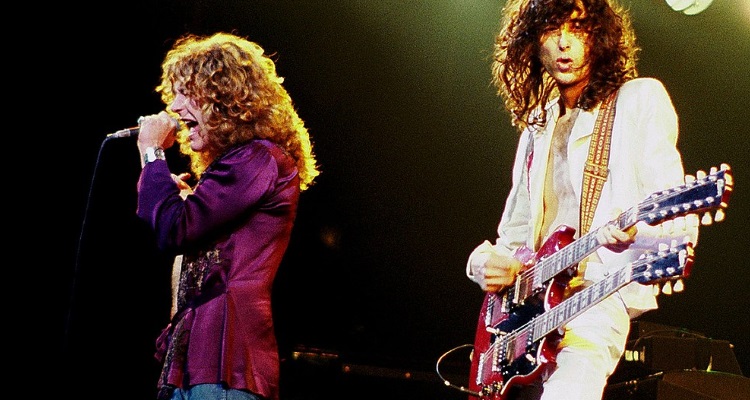 Higher-ups at ByteDance-owned TikTok revealed the arrival of the London-based rock group’s music via a concise release today. The controversial service’s more than one billion global monthly active users can now choose from north of 100 Led Zeppelin tracks – including hits like “Stairway to Heaven” and “Whole Lotta Love” – when selecting music for their videos.

Additionally, the over 50-year-old act has created a TikTok account of its own (@ledzeppelin). This profile “will feature Led Zeppelin artwork and graphics, classic live performances, and other video content,” according to the announcement message from TikTok, which removed 81 million videos (with less than 0.5 percent of the takedowns attributable to copyright claims) in Q2 2021.

At the time of this piece’s publishing, the Led Zeppelin TikTok account had posted just one video – an eight-second-long clip of the band’s logo, set to “Immigrant Song” – and approximately 8,500 individuals had followed the page.

But history suggests that one well-timed TikTok trend could prompt a substantial number of the platform’s generally young users to create videos with and begin listening to the music of Led Zeppelin. TikTok’s role in jumpstarting the careers of commercially successful artists like Lil Nas X and Benee is hardly a secret, and the service has likewise assisted veteran acts in finding new audiences – with high-profile deals following soon thereafter.

On this front, Fleetwood Mac, which formed back in 1967, enjoyed a massive listenership jump after “Dreams” caught on with millions of Gen Z fans last October. The corresponding trend initiated after an Idaho-based TikTok user named Nathan Apodaca in late September of 2020 uploaded a simple video featuring the track – and, to the delight of different professionals, a bottle of Ocean Spray cranberry juice.

Fleetwood Mac promptly embraced the trend – 74-year-old Mick Fleetwood recreated Apodaca’s video with a brief clip – and the commercial benefits of the move quickly became apparent on platforms besides TikTok. “Dreams” began ranking highly on Spotify charts both in the U.S. and internationally, for instance, while the band’s monthly listeners also approached 20 million.

Notably, instead of plateauing or declining over the past year, the latter figure has risen further yet, with Fleetwood Mac currently boasting a full 22.49 million monthly Spotify listeners. “Dreams” itself has racked up a staggering 831.73 million on-platform streams, and Fleetwood Mac members (and former member, for Buckingham) Christine McVie, Stevie Nicks, Mick Fleetwood, and Lindsey Buckingham alike have sold their catalogs in multimillion-dollar deals during the last year.

Needless to say, it’s unclear whether Led Zeppelin (or other legacy groups) will be able to achieve similar success on TikTok. But as attempting to do so brings little risk and offers a huge potential upside, it makes sense to try and reach new fans on the service.