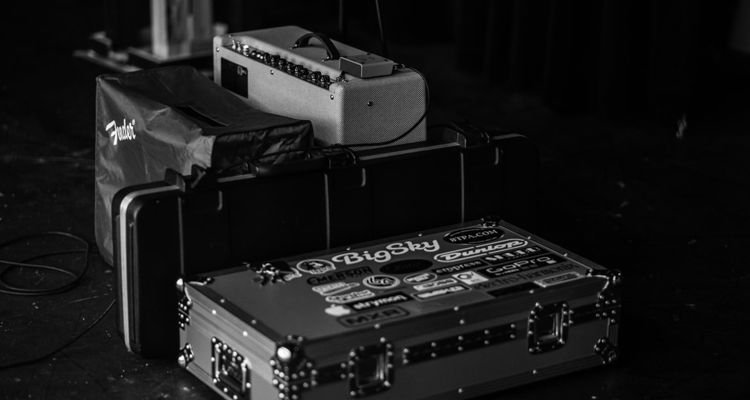 The group set up a fundraiser yesterday to recoup financial losses. In just 24 hours, the group had $43,000 – well over the $30,000 goal the band set for the fund. “If we meet or exceed our actual needs with funds to spare, they will be donated to an organization of our choosing,” the band’s GoFundMe page stated.

So what happened to all the gear? How did it get stolen? Mannequin Pussy says it was towing a trailer of gear and merch on tour. The trailer with the gear was stolen from the Courtyard Marriott in Akron, Ohio. The band says police have recovered the trailer – but all the gear, merch, and the van hauling it remains missing.

The band has since tweeted a full list of the stolen gear, asking fans to be on the lookout in the Akron, Ohio area. Also stolen in the heist was the entire wardrobe of lead singer Marisa Dabice.

“This has been a huge loss for all of us, both financially and emotionally,” the band wrote on their GoFundMe page. “Between the stolen gear, lost merch sales, new merch printing, new van rentals, and more, we’re estimating at least a $50,000 loss. Luckily we have insurance for the gear and the van, but that will only cover some of the gear, and there are still more costs coming as we try to catch up from this.”

Masquerade, a live venue in Atlanta where Mannequin Pussy played on October 19 has donated $1,000 to the band. The band has borrowed gear from Pinkshift and Angel Du$t to continue on their tour. “Huge thank you to our beautiful tour mates for letting us use all of their gear so that we can still piece together a set,” Dabice wrote on Twitter.