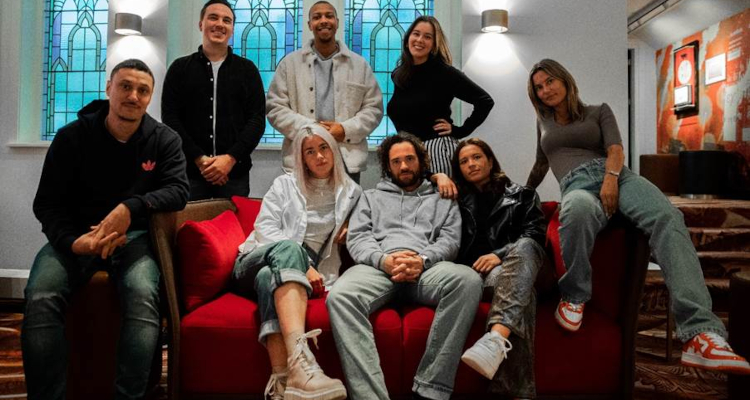 Warner Music Group higher-ups announced the rollout of Atlantic Records Benelux via a formal release today. The newly minted label will work towards “discovering and promoting the best emerging domestic hip-hop artists from across Benelux” – that is, Belgium, the Netherlands (where Universal Music arrived on the stock market in September), and Luxembourg.

A total of about 30 million individuals live in the European nations, and Warner Music’s release notes that “rap and hip-hop was the second most listened to genre after pop, covering more than a fifth of all domestic tracks across Benelux” last year. Similarly, half of the Netherlands’ most-streamed Spotify artists from 2020 create hip-hop music, per WMG, which late last month debuted an Asia-based hip-hop label called Asiatic Records.

Regarding personnel, Atlantic Records Benelux has enlisted Sander Stijnen to serve as head of A&R while remaining ADA Benelux’s A&R and business-development lead, with Ixia Verdooren beginning as head of domestic marketing and likewise continuing in an executive role at WMG Benelux. Both will report to longtime Warner Music Benelux president Martin Jessurun.

On the artist side, Atlantic Records Benelux has signed DJ DYLVN, a Dutch artist who today released “FASHIONOVA” and is set to drop other “new singles in the coming months.” (A quick YouTube search for DJ DYLVN’s latest track returns results for all manner of works with the same title, in a testament to the vast number of songs that become available to fans daily. The name is likewise shared by a fashion retailer that made headlines last year for a legal battle involving Tekashi 6ix9ine.)

Addressing the launch of Atlantic Records Benelux in a statement, head of domestic marketing Ixia Verdooren said: “I feel honoured to be part of this new adventure with Sander and the rest of the team, who have worked incredibly hard to get everything ready for launch. We want to build a family of diverse local artists who are impossible to ignore and deliver real cultural impact, pushing the limits of local repertoire.”

Warner Music Group stock (NASDAQ: WMG) dipped to $48.13 per share on the day. But the figure still marks a more than 30 percent hike since 2021’s start, and Universal Music Group today recorded another record day-end value.