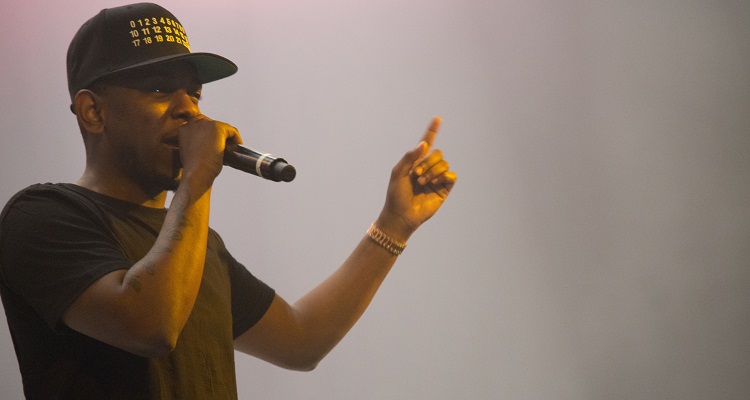 Kendrick Lamar has hired Anthony Saleh as his manager.

To Pimp a Butterfly (2015) creator Kendrick Lamar has officially hired Anthony Saleh to serve as his manager. Here’s a quick look at the Nas manager Saleh’s background and professional experience.

It bears recapping at the outset that Kendrick Lamar’s decision to bring on Anthony Saleh as manager arrives about 10 weeks after the 13-time Grammy winner (and 37-time nominee) announced plans to exit Top Dawg Entertainment following the release of his upcoming fifth studio album. In another far-reaching career move, Lamar in March of 2020 launched a company called pgLang, and the business in September of 2021 released the debut album of Lamar’s cousin Baby Keem.

Who Is Anthony Saleh?

Anthony Saleh is a Los Angeles-based manager and financial professional who was executive vice president of Troy Carter’s Atom Factory between 2010 and 2012.

Additionally, Saleh in 2016 signed on as partner at technology investment firm WndrCo and remains part of the Silicon Valley- and Los Angeles-based company, according to his LinkedIn profile. WndrCo has invested in startups like Tracklib, Dapper Labs, and Audioshake, to name just some.

When Did Anthony Saleh Debut His Management Company?

Regarding the scope of Emagen’s services, the business handles “detailed management of artist affairs including day-to-day management and scheduling, talent bookings, tour management, merchandising, assistance with licensing and publishing deals,” and more, according to its website.

The Los Angeles-based agency “is also available to offer assistance with branding and endorsements, development of marketing strategies, plan implementation, and more services on the creation and production spectrum.”

How Long Have Anthony Saleh and Nas Worked Together?

Anthony Saleh began working with Nas at the age of 23, according to Forbes, as the “Patience” artist was making changes to his team and inner circle. Nas subsequently gave Saleh (along with L.A. Reid) an executive-producer credit on his untitled ninth studio album (2008).

Forbes likewise elaborated upon the role that Saleh played in managing Nas’s finances and helping him to make lucrative investments. It’s worth noting in conclusion that Nas, via his QueensBridge Venture Partners, earned north of $40 million on an investment in cryptocurrency-exchange platform Coinbase earlier this year.

Predictably, given his longtime business relationship with Nas, Anthony Saleh has been tied to QueensBridge. Saleh also founded a company called Emagen Investment Group – which arrived on the scene four years after Emagen Entertainment – and the business has made a number of investments to date, according to Crunchbase. These plays include support for Coinbase in 2013 (the same year in which Nas invested), and the firm has since cashed out of the interest.