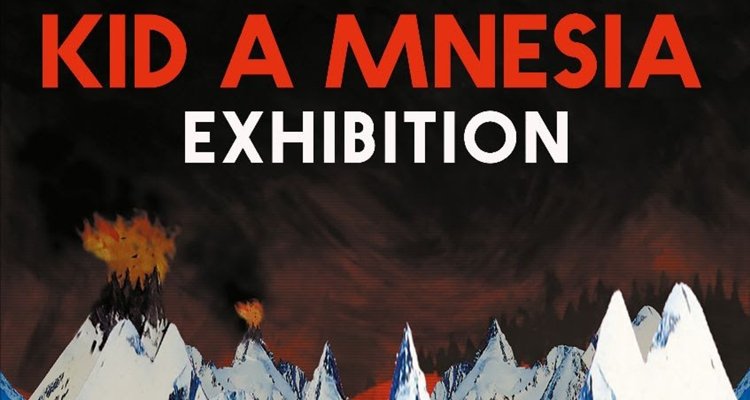 Radiohead and Epic Games are teaming up for a digital exhibition of KID A MNESIA.

The experience is described as “an upside-down digital/analog universe” featuring original artwork from Thom Yorke and Stanley Donwood. The exhibition features sound design by Nigel Godrich and commemorates 21 years of Radiohead’s Kid A and Amnesiac albums.

The KID A MNESIA experience will be available for download on November 18. It’s a free download for PlayStation 5, PC, and Mac on the Epic Games Store. It’s an interesting partnership because it uses tech Epic Games undoubtedly developed for Fortnite.

“Some two years in the making, KID A MNESIA exhibition was originally conceived as a physical installation debuting in London and designed for portability – for possible travel to New York, Tokyo, Paris, and so on,” the press release says.

Zoning laws and the COVID-19 pandemic are to blame for why the exhibition is going digital. But that’s not so out of the ordinary, given just how many artists (BTS, Lil Nas X, Travis Scott, Justin Bieber) are launching a digital concert experience.

“Thom and Stanley, along with Kid A and Amnesiac producer Nigel joined forces with video/computer artist and creative director Sean Evans, theatre set designer Christine Jones, and interactive producer Matthew Davis to re-imagine KID A MNESIA as a digital experience.

Davis’ studio [namethemachine] and game developers Arbitrarily Good Productions were brought in to create the experience, while Epic Games Publishing serves as the digital publisher.

“Everything experienced within the Kid A Mnesia Exhibition is sourced directly from the original artwork and multi-track recordings of those fourth and fifth Radiohead albums. All rebuilt from the original elements in a new controlled space without the limitations of stereo sound or LP/CD packaging.”

Kid A Mnesia is a multiple format triple-album release for the 21st anniversary of Radiohead’s Kid A and Amnesiac albums. The album dropped on November 5 via XL recordings and included a newly compiled third disc dubbed Kid Amnesiae.

Kid Amnesiae contains unearthed material that was culled from the original two album sessions. It features the never-before-heard single of “If You Say the Word” and an unreleased studio recording of “Follow Me Around.”