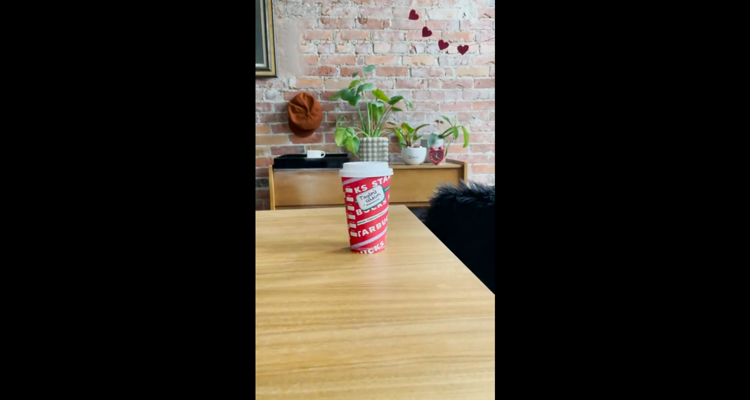 Starbucks teamed up with Swift for ‘Taylor’s Version’ of their caramel latte – and to promote the re-release of her Red album. Starting November 12, Swifties can pick up Taylor Swift’s favorite Starbucks drink – a Grande Caramel Nonfat Latte. Just requesting ‘Taylor’s Latte’ or ‘Taylor’s Version’ will get the order started.

Starbucks has also announced it will play Red (Taylor’s Version) and other Taylor Swift hits at Starbucks locations. They’re also launching a themed playlist on Spotify for Swifties to enjoy. Finally, fans can send Starbucks e-gifts featuring the artist.

Starbucks teased the promotion by dropping several hints for fans to pick up on. “We know all too well how exciting this time of year is, and we’ll forever & always love it. Our red holiday cups and drinks are back!” one tweet reads. But it also contains clever references to Taylor Swift songs “All Too Well” and “Forever & Always.”

Red (Taylor’s Version) is the second in a series of re-recording projects for Taylor Swift. In April, she topped the charts with Fearless (Taylor’s Version). She plans to revisit all of her early albums in a bid to regain ownership of the work she released under her former label, Big Machine Records.

“It never would have been possible to go back and remake my previous work, uncovering lost art and forgotten gems along the way if you hadn’t emboldened me,” Swift told her fans on Twitter. “Red is about to be mine again, but it has always been ours. Now we begin again.”