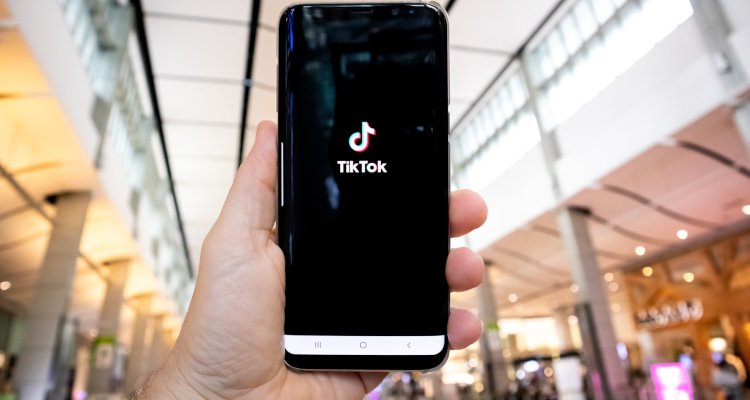 Having recently placed her music in a Suave advert made specifically for TikTok, folk-soul singer and songwriter Tina Mathieu sat down with Digital Music News to discuss the deal and how social media is fundamentally changing the sync licensing space.

The veteran singer-songwriter Mathieu established a “positive-pop duo” called Real Fiction with longtime producer Max Allyn last year, and the act’s “Live It 2 The Limit” drives the creative direction of a Suave spot that, as mentioned, was crafted for the short-form video-sharing app as opposed to television.

In the roughly 23-second-long clip – the official upload of which has garnered north of 5.4 million views thus far – social-media influencer Ashley Nocera purchases a new Suave hair-care product at Target, which also contributed to the commercial. Nocera (who boasts approximately 3.4 million Instagram followers) then tests out the item and, evidently satisfied with its quality, rushes back to Target to stock up.

“It was really cool when this one came through,” Mathieu told DMN of her placement in the multi-brand advert. “It was fun for it to be a beauty ad, and to see how they put it together in conjunction with Target. It was exciting to see it all get put together.”

And from a technical perspective, Mathieu noted that the campaign, in a stark contrast to television and film placements, delivered detailed viewership stats – one of several byproducts associated with advertisements that are made for social media.

“That’s the cool thing about it, that you can actually see the metrics of how many people have seen it and watched it. It’s interesting, the whole ad space now is changing,” said the creator, whose work has appeared on NBC, TLC, Bravo, and Lifetime, to name some.

“Things are changing with royalties and whatnot on the backend for things like these social-media platforms,” she said. “I think there’s a lot of kinks to work out, and I think that it is interesting to sort of have a place and a role in the way that advertising is changing and moving.”

Elaborating upon the part she’s playing in advertising’s evolution, Mathieu – who’s set to release an EP entitled This Blue Shall Pass on Thursday, November 18th – emphasized the difference between television’s royalty structure and that of social media.

“As far as being on TikTok versus on actual television advertising, like I was saying there’s some interesting things going on in the background with royalties, which it’s very cool that it’s on TikTok, but I’m not sure that it’s trying to save us in all of the best ways possible.

“There are still kinks to be worked out as far as monetarily, and so it’ll be interesting to see what the difference will be once they get some of those royalty deals signed,” she continued, reiterating that social-media sync’s compensation is substantial but will increase as leading platforms finalize royalty pacts. “It’s awesome to have your song in something, but it’s also what us musicians and artists and songwriters are doing as a living. Being able to follow the money and understand it is a really big part of it as well.”

And on this front, the value of placements on high-engagement mediums like TikTok – where users interact with content directly – extends beyond the licensing fee at hand. Real Fiction has already placed “Live It 2 The Limit” in a soon-to-be-released Dove spot – which, along with the Suave commercial, is poised to bolster interest from advertisers and fans alike.

“It’s been really cool for us as artists and musicians to be able to use that as a foot in – to be like, ‘Hey, I’ve got this placement, so now I can get this one and that one and the next one and become the talking point.’ And it really does help you sort of get the next opportunity.

“You never know when you’re going to see it [a placed song] or hear it, or someone’s going to send it to you and be like, ‘Hey, I heard your song on this,’ proceeded the “Share the Sunshine” creator Mathieu. “Especially when it can be Shazamed, and there are other apps with that same feature, where it’s like your song is on a commercial or in a film, and people like it and they Shazam it. They have instant access to find your song and find your music. That’s obviously a bonus for sure.”

Of course, the idea that sync licensing placements and their multifaceted effects lay the groundwork for future successes has a unique meaning for artists who are currently looking to establish a presence in the ever-competitive sphere. But Mathieu, touching upon a point that other professionals have mentioned, said that remaining authentic and positive are musts for emerging acts – especially amid the inherent temptation to make music that seems to be in vogue for sync.

A similar idea, Mathieu finished, holds true for experienced artists and musicians who are hunting for placements and commercial results today, in a music industry (and an advertising industry) that looks decidedly different than it did a decade ago.

“You’re never too old to make music. There’s this thing of like – especially if you’re a female – you need to be 25. I’m making these placements, and I’m not 25. People who still want to make music but they feel like their time has passed, there’s so many opportunities to make money making music and to fulfill your soul by making music. You can’t really put a genre or an age on that.”

Bearing the advice in mind, Mathieu is embracing the positives of social-media placements – and taking the previously highlighted hang-ups in stride – while remaining cognizant of the broader changes that her pioneering efforts will bring about in the long term.

“There’s a lot of unknowns, but I think on the other side it will be really beneficial for artists and musicians and writers like myself,” she concluded.