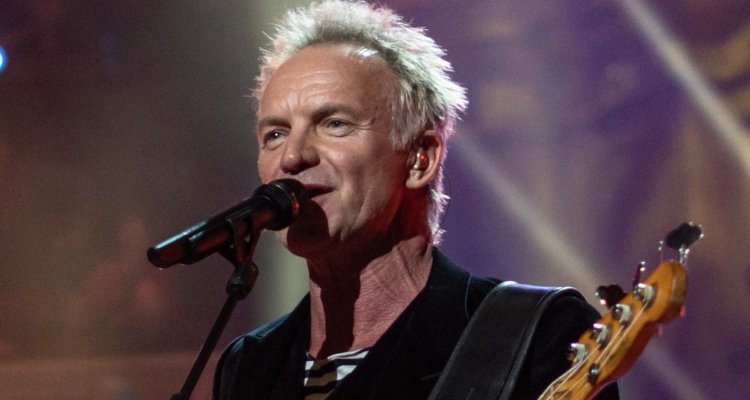 Following reports that Bruce Springsteen and the estate of David Bowie are negotiating multimillion-dollar catalog sales, 70-year-old Sting is now looking to cash in on his own music IP, according to sources.

Word of Bruce Springsteen’s possible catalog sale emerged towards the start of November, after anonymous sources with knowledge of the matter broached the subject. The 72-year-old New Jersey native Springsteen, these individuals said, is in talks to sell both his recorded and publishing catalogs in a deal with Sony Music, which bought Paul Simon IP earlier this year and hasn’t publicly addressed the Springsteen negotiations.

Additionally, the David Bowie estate, having inked a “landmark, career-spanning partnership” with Warner Music Group back in September, is currently shopping the “Modern Love” artist’s songwriting catalog, per anonymous sources once again. These selling parties are reportedly seeking $200 million for the body of work, and Warner Music this week rolled out over half of a billion dollars in senior notes.

Now, as noted at the outset, Sting has reportedly added his name to the growing list of artists who are hunting for catalog-related windfalls.

The former Police frontman Sting, who’s set to release his 15th studio album tomorrow, is in “advanced talks” to sell his publishing catalog to either UMPG (which nabbed Bob Dylan’s catalog despite massive competing bids) or Sony Music Publishing, according to Variety. This deal could fetch north of a quarter of a billion dollars, the same source relayed, and might also include a portion of Sting’s recorded catalog as a solo artist.

But neither Sting (who recently concluded a Las Vegas residency and will kick off another such effort in June of 2022) nor the potential purchasers have commented publicly on the matter, and it’ll be interesting to see when (and whether) an agreement comes to fruition.

Bearing in mind Sting’s catalog-sale discussions as well as those of Springsteen and Bowie’s estate, it’s worth highlighting here that late 2020 and early 2021 delivered all manner of IP transactions – with a particular emphasis on the mid-November to mid-January window. Seemingly keeping the trend going into 2021 and 2022, Reservoir today acquired an interest in the catalog of producer and songwriter Dallas Austin.

During today’s trading hours, shares in the latter music company, which posted a 45 percent YoY revenue boost in its second quarter as a publicly traded business, dipped by 3.91 percent, to $8.35 apiece. Hipgnosis shares (LON: SONG), on the other hand, turned in a small gain and finished at approximately $1.74 each, whereas Round Hill’s royalty fund (LON: RHM) stayed essentially even, at $1.08 per share.