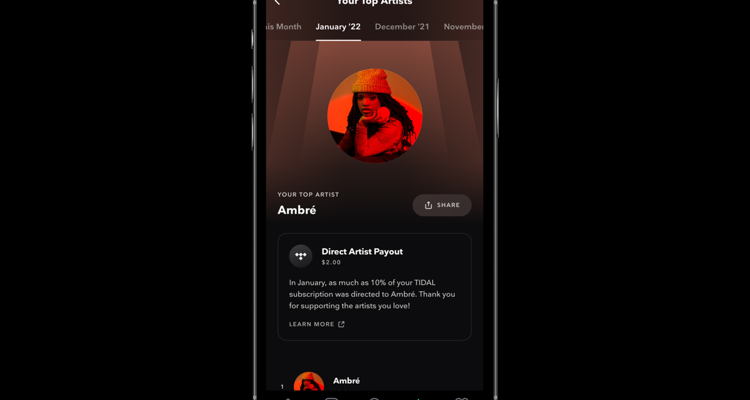 Tidal is making some major changes to its service. An ad-supported free tier is coming – alongside direct-to-artist payments.

The Tidal Free plan is available now in the United States only. Tidal says it offers access to the entire music catalog ‘with limited interruptions.’ Streaming quality is topped at 160kbps, too. Aside from the newly introduced free plan, Tidal also made some changes to its paid offerings.

Tidal upgraded its standard plan to include lossless and high-resolution audio – to better compete with Apple and Amazon. That plan is called Tidal HiFi and starts at $9.99/month with audio quality up to 1411kbps. It also adds offline listening, Tidal Connect, and the My Activity stream.

Tidal is joining SoundCloud with direct-to-artist payments. Here’s how it works.

“Beginning today, Tidal will launch monthly direct-to-artist payments. This innovative program will give artists access to an additional payment stream, so they can benefit directly from their biggest fans on TIDAL.”

“Each month, a percentage of HiFi Plus subscribers’ membership fees will be directed towards their top streamed artist, which they will see in their activity feed. This direct-to-artist payment is in addition to their streaming royalties.”

Tidal is also introducing fan-centered royalties rather than putting subscriber money into a giant pot.

“In this new model, royalties attributed to HiFi Plus subscribers will not be aggregated. Rather royalties will be paid based on the actual streaming activity of individual HiFi Plus subscribers as opposed to the industry-accepted method of aggregating streams, empowering fans to play a larger role in the success of their favorite artists.”

Tidal says it is working with Square, Cash app, and PayPal to ensure artists get paid quickly and efficiently. You’ll remember Jack Dorsey bought Tidal from Jay-Z and also serves as the CEO of both Square and Twitter.