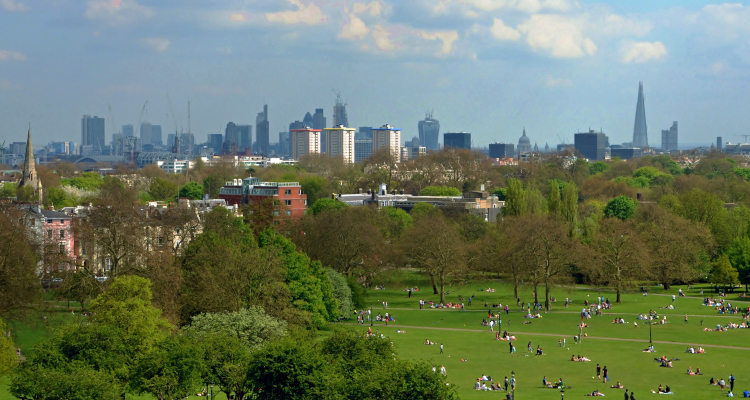 Weeks after Universal Music CEO Lucian Grainge’s reportedly $201 million salary made headlines – and a little over a month after a competition watchdog announced a formal “probe into music streaming” – a newly introduced bill has proposed far-reaching changes to the way that UK creators are compensated.

The legislation – officially entitled “Copyright (Rights and Remuneration of Musicians, Etc.) Bill,” but referred to by many supporters as the “Brennan Bill” – was just recently introduced by longtime Cardiff West MP Kevin Brennan. Several individuals attended an outdoor Westminster event in support of the bill, photos show, and multiple musicians who previously criticized streaming royalties got behind the legislation on social media.

Spanning just six pages, the Brennan Bill – whose 62-year-old author is a member of the DCMS Committee, which conducted a much-publicized investigation into music streaming last year – acknowledges at the outset that it aims to “make provision about the rights and remuneration of musicians and other rights holders; and for connected purposes.”

Digging into the legislation itself, the Brennan Bill first proposes to add onto the Copyright Designs and Patents Act 1988’s second section, specifically by inserting text after 191G (“Right to equitable remuneration where rental right transferred”).

Called “191GA Right to equitable remuneration where making available right is transferred,” this initial suggested edit to the 33-year-old act in question, as its title indicates, centers on preserving performers’ “right to equitable remuneration” even when they’ve “transferred their making available right concerning a sound recording of the whole or any substantial part of a qualifying performance to the producer of the sound recording.” (This was one of several changes recommended by the DCMS Committee.)

Accordingly, regardless of whether a creator transfers the making available right on a track through a record deal, they would remain entitled to equitable remuneration for digital, which “may not be assigned by the performer except to a collecting society.” The DCMS Committee’s report on the aforementioned investigation describes the involved terms in detail between pages 17-20 and 39-43.

But in the interest of brevity, the Copyright Designs and Patents Act 1988 relays that a creator’s “making available” right is infringed if someone “without his consent” releases a recording to the public “by electronic transmission in such a way that members of the public may access the recording from a place and at a time individually chosen by them.”

Also under the Act, though, equitable remuneration doesn’t extend to making available, and creators are instead “remunerated in accordance with the terms of their publishing or recording deals” for streaming, as if the plays at hand were sales.

Back to the Brennan Bill, the proposed amendment also states that an “agreement is of no effect in so far as it purports to exclude or restrict the right to equitable remuneration under this section.”

Next, the Brennan Bill suggests adding a “transparency obligation” to Chapter V of the Copyright Designs and Patents Act 1988, after section 93C. Most notably, for songwriters who have “transferred or exclusively licensed rights in a work or works to any person other than a collective management organization,” this section of the Brennan Bill calls for quarterly “up to date, comprehensible, relevant and complete information on the exploitation of such work or works, including all revenues or benefits of any kind generated.”

Bearing the latter in mind, any author “to whom section 93D(1) applies” is “entitled to claim…additional, fair and reasonable remuneration” from the third party (or parties) to whom they’ve transferred/licensed rights “in the event that the remuneration originally agreed is disproportionately low compared to all subsequent revenues derived from the exploitation of the rights.”

From there, the Brennan Bill describes a right under which the above-highlighted “author may, after a period of 20 years has elapsed following that transfer or licence, revoke in whole or in part the transfer or licence of rights.” Lastly, the legislation introduces similar provisions for performers, once again adding onto the Copyright Designs and Patents Act 1988.