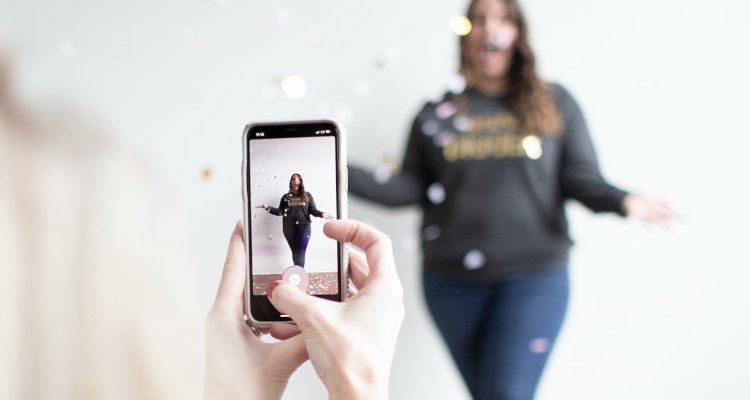 Spotify is officially testing out TikTok-style vertical videos on its mobile app, according to a newly released clip.

The Stockholm-based audio-entertainment platform’s vertical-video pilot came to light in a recent tweet from social-technology professional Chris Messina. Most widely known for inventing the hashtag (as it’s used on social media, that is), the Spotify beta tester Messina regularly posts updates about the streaming service’s upcoming features.

In an initial tweet on vertical videos, Messina relayed that Spotify had added a “Discover” icon to the toolbar on its mobile app; others have indicated that a Concerts icon is likewise being tested on the toolbar. Then, a subsequent tweet elaborated that the updated music-discovery option “is basically a pared down version of a TikTok-style feed of vertical music videos (likely using their canvas format) that you can like or skip.”

A 16-second-long clip included with the message shows off Spotify’s vertical-video function, with Messina liking a track (the artist name, song title, and like option are positioned at the screen’s bottom) and then swiping up to play a new song and Canvas video. The clip doesn’t appear to show any sort of delay when switching between songs/videos, and users seem to have the option of swiping downward to access tracks once again.

Spotify hasn’t yet addressed the TikTok-style vertical-video test via a formal release, and time will tell whether the feature moves out of beta and becomes available to the service’s more than 381 million monthly active users.

Also worth bearing in mind is that a nearly 15-month-old patent filing from Spotify described technology that would enable users to combine music with their own clips “to create a video moment.” Of course, the latter sounds decidedly similar to the main draw of TikTok and the multitude of other short-form video-sharing apps that have emerged, and it’s possible that Spotify could place a greater emphasis on user-generated content moving forward.

On this front, the company’s far-reaching efforts to diversify revenue (and achieve profitability) have already reached the social side of audio, for Spotify launched a Clubhouse clone called Greenroom over the summer. The result of a late-March buyout of Locker Room, Greenroom is reportedly off to a slow start, usership-wise, and is looking to develop a dedicated following as some raise questions about the long-term viability of audio-driven platforms.

Spotify during 2021’s initial 11 months has also rolled out Shopify-powered merch options, real-time lyrics for users around the globe, an audiobook play, a substantial number of new podcasts, and, most controversially, enhanced paid-promotion options. Additionally, the service in September opened its popular Release Radar playlists to advertisers.