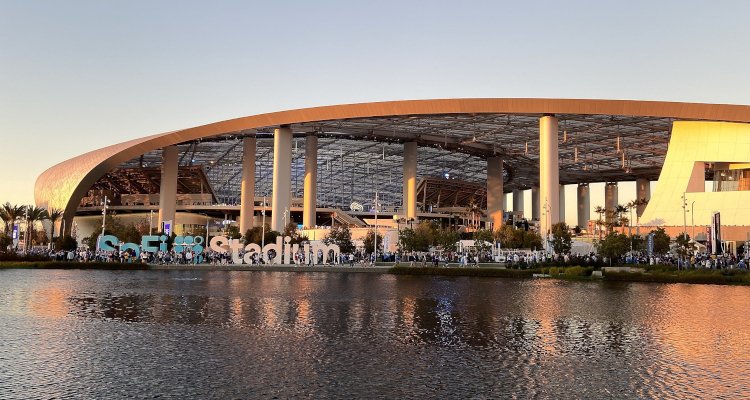 Last month, BTS diehards railed against Live Nation’s Ticketmaster for allegedly allowing scalpers to bulk-purchase tickets to the K-pop group’s SoFi Stadium performances. Now, with just two of the much-anticipated gigs remaining, resellers are seeking astronomical sums for the passes, some of which are priced at $12,500 each.

BTS, which signed with Universal Music Group in late October, has performed two of four stateside Permission to Dance On Stage shows thus far. Tickets for the four-night concert series became available to the general public on Saturday, October 9th, and the remaining two sets are scheduled for Wednesday, December 1st, and Thursday the 2nd.

At the time of this piece’s writing, floor seats for BTS’s Wednesday-evening gig were listed on Viagogo’s StubHub for as little as $1,118 (only one pass was available at the price, in the backmost row) and as much as $9,999, compared to a staggering $12,500 price tag for some floor seats at the December 2nd event.

Most of the lower-level, club, and VIP seats were likewise priced in the thousands – single tickets cost a bit less, of course, and one four-ticket group was priced at a total of $21,356. Predictably, the high-demand concerts’ other seats were similarly costly, and profit-minded ticketholders were seeking hundreds of dollars apiece for the majority of the upper-level options, with a few multi-thousand-dollar choices added in for good measure. Organizers released tickets to select groups of fans across a five-day stretch in early October, concluding with the general public on October 9th, as mentioned.

It remains to be seen whether ARMY members will in fact buy the overpriced tickets, the cost of which could be reduced as showtime approaches.

But BTS’s popularity – and profitability – is without question, as superfans have dropped colossal sums on airplane advertisements, billboards, and more to show their support for the seven-piece act. And the group’s initial two SoFi concerts attracted a substantial number of attendees, if pictures and video are any indication, while Ticketmaster has already rolled out some late tickets for the final two events.

Also worth noting is that a multitude of social-media users are advertising tickets to BTS’s December 1st and 2nd shows. A simple Twitter search for “BTS tickets” reveals that hundreds of the tweets are being published hourly, with many of the messages appearing to closely resemble one another.

Taking notice of these seemingly fraudulent ticket offers, one self-described “BTS defender” advised: “There’s so many scammers. Please make sure who you’re buying tickets from is legit and not trying to scam you!!”

Over the summer, Springsteen on Broadway tickets fetched massive sums on StubHub – though the markups didn’t compare to those associated with the BTS SoFi Stadium gigs. Lastly, the FTC kicked off 2021 by issuing the first ticket-scalping charges under the BOTS Act, and late April saw Congress renew its calls for an investigation into Live Nation.