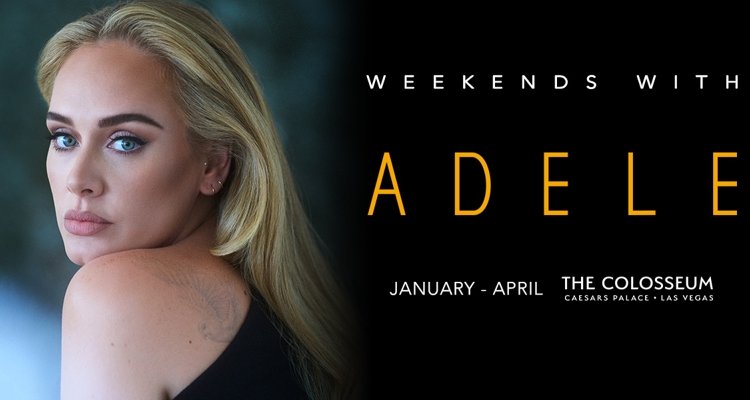 Adele has announced a Las Vegas residency for the first half of 2022.

The legendary singer will perform on Friday and Saturday nights at the Colosseum theatre at Caesars Palace Hotel. Shows start January 16, 2022 and last until April 16, 2022. Adele will sing for crowds in Las Vegas every weekend between that date except for one weekend in mid-February.

Fans can register for pre-sale access to tickets on Ticketmaster before December 3. General ticket admission will be available on December 7. But judging by the pre-sale situation Ticketmaster had with its four-day limited BTS show in Los Angeles, registering for the presale will be necessary for a chance at securing those tickets.

Adele will also participate at the BST Hyde Park Festival in London on July 1 & 2.

The Colosseum theatre has hosted several famous musicians during their Las Vegas residency. Celine Dion, Lady Gaga, Sir Elton John, Marshmello, Madonna, Mariah Carey, and Rod Stewart have all held residencies at the theatre. Both Celine Dion and Sir Elton John have completed two residencies, with Dion performing over 1,000 times at the theatre. Usher is the current resident and will wrap up his performances in January.

Las Vegas residencies can bring in millions of dollars for musicians through contracts and merch sales.

Britney Spears had a four-year long Las Vegas residency from 2013 to 2017 at the Axis theater at Planet Hollywood. That residency ended after Spears refused to perform while her father controlled her finances through a now-ended conservatorship.

“I’d much rather share videos from my living room instead of on-stage in Vegas. I’m not gonna put on heavy makeup and try try try on stage again and not be able to do the real deal with remixes of my songs for years,” Spears wrote in an Instagram post earlier this year.

Spears was to begin a second concert residency in Las Vegas called Britney: Domination in 2019. At the time, Spears said the show was canceled due to her father’s health.