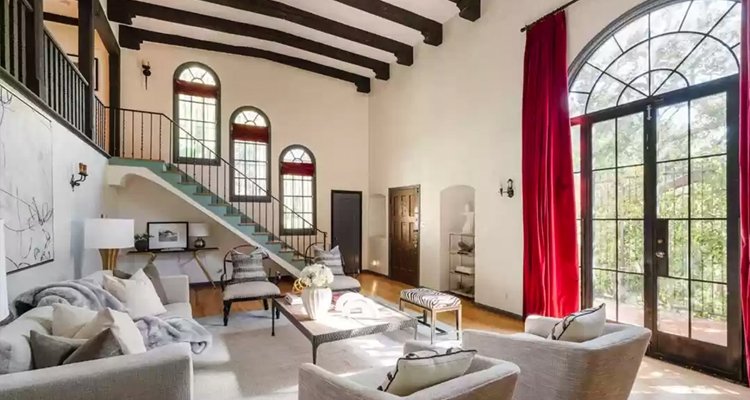 The raid was confirmed to Rolling Stone by sources in the department. The raid comes after an expose on Brian Warner’s alleged sexual abuse of several women in Hollywood. Those abuse allegations include locking them in soundproof booths and physically and verbally abusing them.

The address where the search warrant was executed wasn’t shared, which is important. Marilyn Manson prepped his Los Angeles Mansion for sale shortly after Evan Rachel Wood made her allegations on Instagram in February 2021.

Marilyn Manson purchased the Hollywood Hills mansion in 2013 for $1.1 million. In October 2021, Dirt reports the mansion was cleared of personal belongings and staged for the selling process.

The Agency listed Jon Grauman and Feroz Taj as agents for the three-story Spanish villa with over 2,700 square feet of space. Photos of the staged villa leave little hint behind that the property’s owner was shock rocker, Marilyn Manson.

Representatives for Marilyn Manson did not respond to requests for comment about the raid. Rolling Stone reports that the rocker wasn’t home at the time the raid was executed. Several women accused the rocker of forcing them into a soundproof space – described to be the size of a dressing room.

“My clients continue to fully support the LASD in its ongoing investigation and applaud this latest step towards making sure Brian Warner is held to account,” Jay Ellwanger told Rolling Stone. Ellwanger represents actress Esme Bianco and model Ashley Morgan Smithline in their lawsuits against Warner.