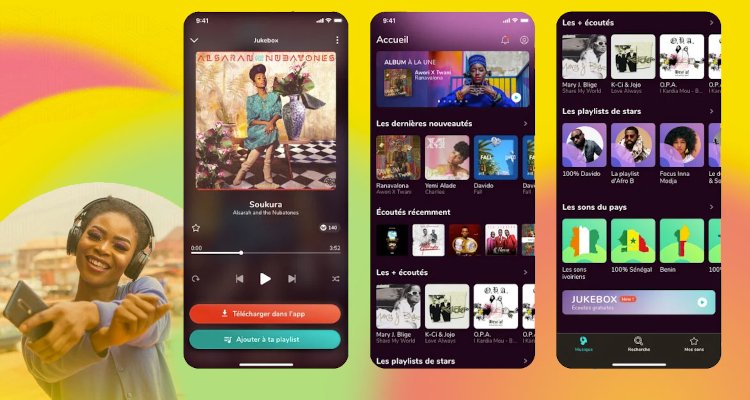 Melbourne-headquartered Tuned Global and Abidjan, Ivory Coast-based WAW MUZIK unveiled their pact this afternoon, via a formal release that was emailed to Digital Music News. Under the newly finalized contract, WAW MUZIK is poised to “integrate its own front-end app with” the streaming application programming interfaces (APIs) of Tuned Global, which will likewise “provide improved management of the entire supply chain.”

The bolstered WAW MUZIK app, as part of an existing deal with multi-service operator Orange, “will continue to function using a subscription model through the telecommunications network to facilitate both mobile money and airtime payment,” the release proceeds. Plus, the streaming service’s relaunch will cover Ivory Coast (population 26.38 million) at the outset, expanding “to wider French-speaking African territories” down the line.

“It’s important DSPs operating within emerging markets can continue to have access to the resources necessary to function within the demands of a challenging socio-economic and technological environment,” said the former Secure Store CEO Raso.

“We are extremely pleased to have initiated a new partnership that will meet and provide these essential service requirements while supporting the local music industry,” he finished.

Sony Music kicked off 2021 by closing a deal with a company in Ivory Coast, whereas the publicly traded Universal Music Group that same month enlarged its presence on the continent by making three executive appointments. March then saw UMG finalize an enhanced licensing deal with Boomplay, one of Africa’s leading streaming services, and Warner Music South Africa in September bought Coleske.

Lastly, Audiomack in July set its sights on the music markets of Kenya, Tanzania, Uganda, and South Africa, and TikTok this year began paying musicians and songwriters from the latter nation.