How Much Does Mariah Carey Make Every Christmas? Here’s a Quick Breakdown 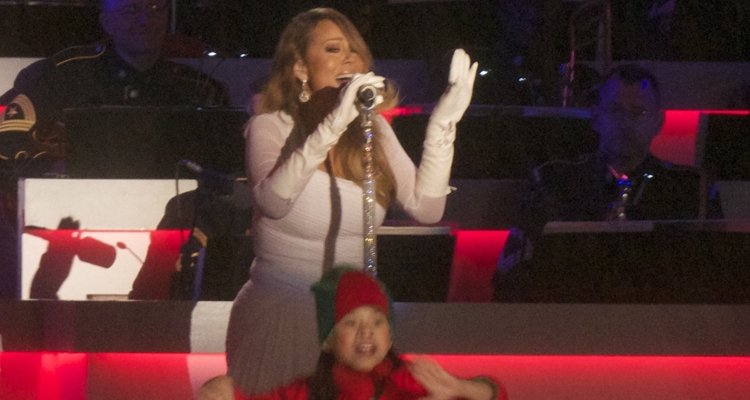 How much money does Mariah Carey make every Christmas? Let’s do some quick and dirty back of the napkin math on the Queen of Christmas’ revenue.

“All I Want for Christmas is You” was released in 1994, and it quickly propelled Mariah Carey to the top of the Christmas charts year after year. When she was just 24, Mariah Carey wrote the song as part of her first Christmas album (also wildly successful at the time). The song has been covered by Ariana Grande, CeeLo Green, My Chemical Romance, Kylie Minogue, Mumford and Sons, and many more.

Those covers, her own song, network Christmas specials, and more are all under consideration here.

So, how much money does Mariah Carey make every Christmas?

A definitive answer to that question is pretty hard to answer since music industry royalty streams can be so hard to nail down. In 2019, Celebrity Net Worth calculated that Mariah Carey earns between $600,000 to $1 million each December from royalties. But the Christmas celebration is coming earlier and earlier each year.

Extrapolating that data out to 15 million US streams per week in December means Carey might see 71 million streams of “All I Want For Christmas is You” this year. Of course, streaming revenue is separate from royalties, too. Here’s some quick math on a hypothetical situation if Carey were to generate all 71 million streams per individual streaming service.

That’s quite a difference between rates – not even breaking down royalty splits. It clearly highlights why artists shouldn’t be paid less than a penny per stream for their work.

But what about Mariah Carey’s Christmas domination?

A 2017 report from The Economist estimates that “All I Want for Christmas Is You” earned Mariah $60 million between 1994 and 2016. That’s around an average of $2.6 million per year – not counting UK royalties or streaming plays.

In 2020, Mariah Carey partnered with Apple Music for a Christmas special on Apple TV+. Mariah Carey’s Magical Christmas Special surely brought a few million to the singer’s pocket – but terms of the deal were never disclosed. We do know she spent around $5.35 million putting on the affair, so it’s safe to say it made more than that.

And this year, the singer partnered with McDonald’s for a Mariah x McDonald’s 12 Days of Christmas.

The Mariah Menu kicks off at McDonald’s on December 13 with twelve days of deals at the restaurant. There’s also an exclusive line of Mariah Carey Christmas merchandise.

“Some of my favorite memories with my kids are our family trips to McDonald’s. Each of us has our go-to order, and mine is the cheeseburger, and I get extra pickles,” Carey says. “Bringing together some of our favorite food from McDonald’s with my all-time favorite season is a holiday wish come true.”

So if we look at the Christmas specials, the exclusive McDonald’s deals, and all the streaming revenue, Mariah is making a conservative estimate of $16 million each year in December.

Dirty Napkin Breakdown
How Much Does Mariah Carey Make Every Christmas?

Admittedly, this is dirty math that doesn’t account for royalties or revenue splits with her record labels. But if you’re wondering how much Mariah Carey makes every year at Christmas, it’s a starting point for just how much the ‘Queen of Christmas’ has branched out into the holidays.