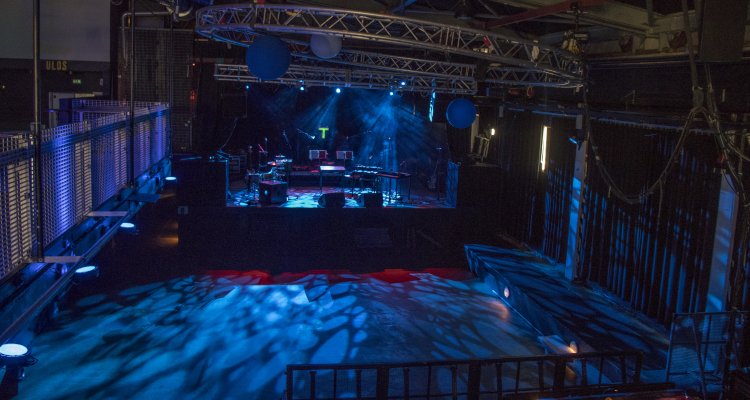 A concert hall in Finland’s Nosturi, which has since shut down. Photo Credit: WanderingTrad

Despite the substantial number of tour announcements and ticket sales that recent months have brought – Live Nation said that it had sold north of 22 million passes to 2022 events as of mid-October – fan no-shows are becoming increasingly common at gigs, according to a new report.

Up to 40 percent of ticketholders are failing to make their way to certain concerts, per an analysis from The Guardian, which interviewed multiple UK promoters and music-industry professionals for the piece.

Meanwhile, profit-minded scalpers zeroed in on BTS’s sold-out SoFi Stadium shows towards the start of the month, and reports last week suggested that country star Morgan Wallen’s ticket sales for the Dangerous Tour had already surpassed 700,000.

Notwithstanding this strong ticket sales figure as well as the considerable revenue delivered by recent Live Nation tours, though, some industry professionals say that they’ve noticed a major influx in no-shows at ticketed concerts.

Artist manager Graeme Stewart told The Guardian that the percentage of passholders who didn’t attend concerts “was around 5% normally,” though the figure has since climbed to “as much as 40% no-shows for some gigs.” Moreover, the hike in customers’ live-entertainment absences is “an enormous problem, and it’s happening for anything that’s ticketed,” Stewart likewise stated.

Pod Events’ Will Rolfe also placed the average no-show rate for events at 40 percent and made clear that “it’s having a real knock-on effect.” Of course, grassroots music venues suffered unprecedented financial damage due to COVID-19 restrictions, and it stands to reason that smaller crowds (and their impact on food and beverage sales) will most heavily impact the establishments that can least afford additional business disruptions.

Interestingly, however, Parklife co-founder Sacha Lord relayed that the no-show trend is impacting emerging and big-name artists alike – a significant point with regard to 2022’s decidedly full live-entertainment calendar and massive ticket sales.

Lastly, in terms of the nuances of the reported rise in would-be concert attendees, DICE founder and CEO Phil Hutcheon acknowledged: “People are returning tickets a lot more frequently now than pre-pandemic. The pattern we have seen is that each time a show is moved, the person who bought the ticket is a lot less engaged about attending.”

Time will demonstrate the precise extent of fans’ newfound tendency to skip gigs to which they have purchased tickets.

That there’s a wide selection of 2022 concerts and music festivals – with more events being announced daily – could also affect the prevalence of no-shows. At the time of this piece’s writing, Live Nation stock (NYSE: LYV) was down 4.3 percent from Friday’s close (at $107.06 per share), amid reports about the Beverly Hills-based company’s upcoming Q4 2021 and full-year earnings breakdowns.